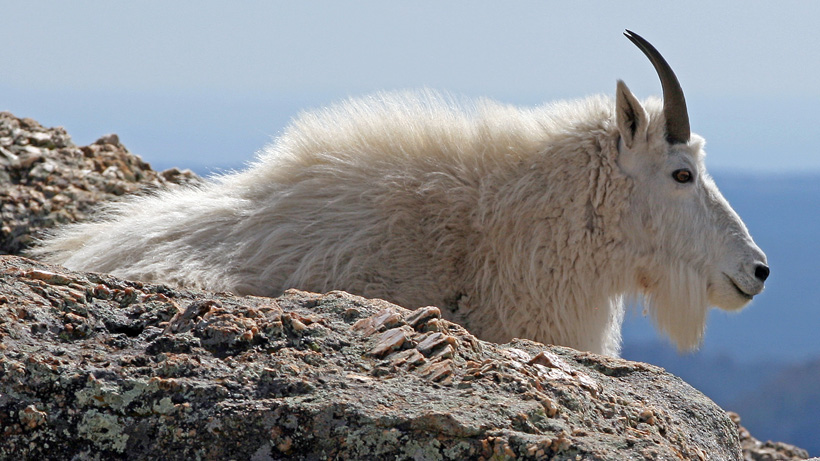 Last month, Grand Teton National Park announced that the controversial mountain goat cull was back on despite opposition from Governor Mark Gordon. This Monday, 70 teams of randomly selected wildlife shooters gathered for a mandatory orientation, which included a marksmanship test for designated shooters. They will be permitted to shoot goats “in one of 10 areas during one of the seven six-day culling periods that run through Nov. 13,” the Jackson Hole News & Guide reports.

If necessary, park officials will add another week to the cull.

“Non-native mountain goats can carry bacterial diseases that are lethal to bighorn sheep,” park officials wrote in describing the necessary killing. “The Teton Range bighorn sheep population has been relatively isolated and are therefore likely ‘naïve’ [or highly susceptible] to these diseases.”

In February, a contractor took to the sky, killing 36 mountain goats via helicopter, resulting in opposition from both the governor and others. Gov. Gordon called the “helicopter shooting a ‘farce’” and the park was forced to temporarily stop the cull due to the governor and bad weather. However, in August, the park decided it was back on and put a call out for volunteers. The maximum number of applicants – 240 – was quickly met.

According to the Jackson Hole News & Guide, there is no fair chase in mind when it comes to this hunt.

“Our intent is to remove as many mountain goats as we can — ideally the entire population within the park,” said Denise Germann, park spokeswoman. “If we know exactly where they may be, we will assist the participants.”

Teams ranging from two to six individuals were selected via a random draw. Each team only needs one shooter and all shooters must have a valid hunter safety card. Background checks on other team members are also required before the team is allowed to shoot mountain goats. Because mountain goats roam in tough terrain, applicants must be physically fit and able to participate in this cull.

There is no limit per team as they are allowed to kill “as many as reasonable for their given situation,” according to Germann. Game meat should be retrieved if possible though each shooter is allowed meat from one animal only. No one is allowed to keep hides or horns.