Confusion between wolves and coyotes 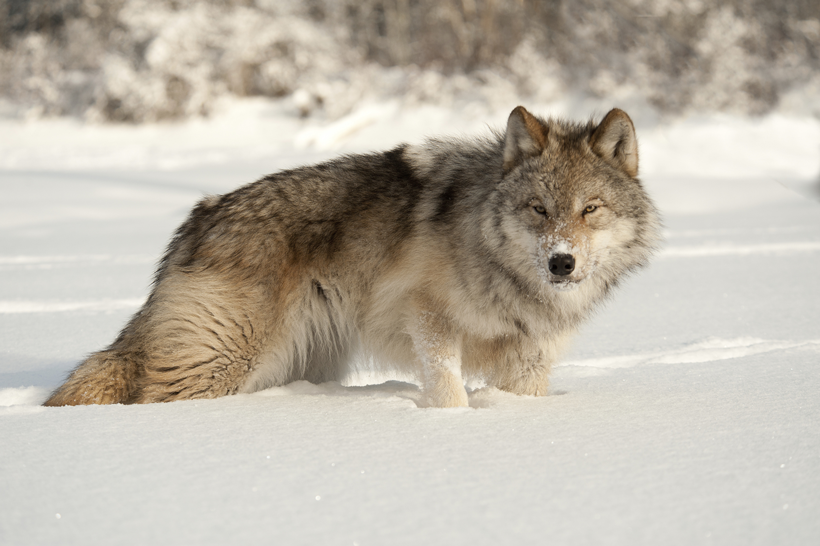 Last week, a still-yet-to-be-named coyote hunter shot and killed a female gray wolf about five miles east of Beaver on the south end of Utah’s Tushar Mountains. The hunter, who claims that he thought the wolf was a coyote, faces possible charges since wolves are protected under the Endangered Species Act in Utah. Officials with U.S. Fish and Wildlife Service and Utah Division of Wildlife Resources are still investigating the incident and reports are expected later this week.

While some wonder if Utah’s coyote bounty program will encourage more incidents like this one, especially with more residents reporting gray wolf sightings, experts acknowledge that telling the two animals apart can be difficult to the untrained eye.

“I can’t tell you how many times I’ve had people point and tell me to look at the wolf,” says Dan MacNulty, an assistant professor of wildlife ecology at Utah State University. “I hate to rain on their parade and tell them it is a coyote. It is such a buzz kill.” 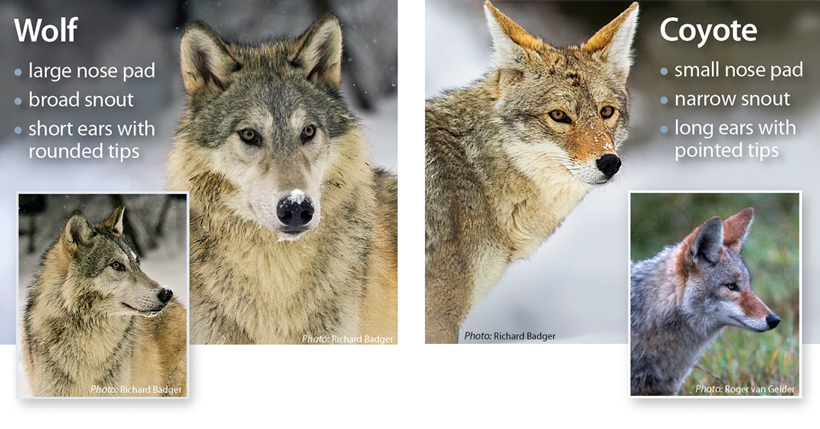 There is quite a difference between the two, especially when it comes to federal protection. Wolves are protected under the Endangered Species Act in Utah and anyone convicted of killing one faces possible prosecution if found guilty. Coyotes, on the other hand, are not protected and considered a predatory nuisance. In fact, hunters can be paid $50 per properly documented coyote kill under the Mule Deer Preservation Act, which Utah adopted in 2012. Utah does not require any special training or hunting licenses for those who want to kill coyotes. Instead, all that is required is passing an online test with ten true-or-false questions in order to register for the program.

Others are trying to look at the bright side of the situation, suggesting that the appearance of wolves in Utah could mean a successful wolf re-establishment program.

“This is really a statement of the success of the (Endangered Species Act) program,” says Mike Jimenez, northern rocky mountain wolf recovery coordinator for the U.S. Fish and Wildlife Service. “(Wolf packs) are hard-wired to expand. This didn’t happen because we are having problems. This is what is supposed to happen.”

In the mean time, state officials have posted online drawings and a list of distinctive characteristics to differentiate between wolves and coyotes in order to help current coyote hunters.

“It is hard to pass judgment on whether or not this individual was able to determine if it was a wolf before he shot it,” says MacNulty. “This coyote hunter was out hunting coyotes. He saw a wild canid and he may have assumed it was a coyote, given the fact that wolves don’t really exist in Utah. It is completely plausible it was a case of mistaken identity.”