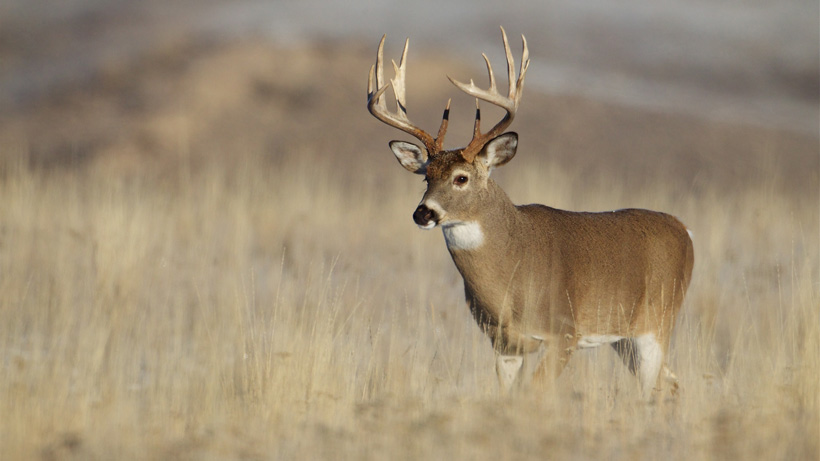 A new study published by scientists in South Dakota looked at the most widely used family of pesticides (neonicotinoids) and discovered that the chemicals are “likely causing serious birth defects” in whitetail deer. This discovery could mean that these commonly-used, commercial pesticides are also causing “potential…harm to large mammals, including humans,” the South Dakota News Watch (SDNW) reports.

That study entitled “Effects of Neonicotinoid Insecticides on Physiology and Reproductive Characteristics of Captive Female and Fawn White-tailed Deer” was published in the March 2019 edition of the journal Scientific Reports. The results were based upon a study conducted at the South Dakota State University (SDSU), which used captive deer rather than wild deer. Researchers introduced levels of neonicotinoid pesticide to the captive deer in amounts they thought wild deer could come into contact with naturally.

What they discovered was rather alarming.

“These (neonicotinoids) were deemed to be safe for higher organisms, and the fact that we saw so many diverse impacts on white-tailed deer, that was a big thing,” said Dr. Jonathan Lundgren, an ecologist and an independent scientist who co-authored the study. “And then, the fact that whitetail deer are not that far off from our livestock or even humans suggests that maybe we need to be examining these insecticides’ risks a little bit more closely.”

The study has been called “groundbreaking” and has resulted in another SDSU study currently in-progress that will “examine whether ring-necked pheasants also could be harmed by neonicotinoid pesticides,” according to SDNW. Within the whitetail study, researchers found high levels of the pesticide in the adult deer spleens, causing the animals to develop defects like “smaller reproductive organs, pronounced overbites and declined thyroid function” and fawns that were “generally smaller and less healthy,” SDNW reports.

This type of pesticide has been widely used since the late 1990s for insect control and seed protection. In fact, according to SDNW, it’s even available at a residential level through landscaping treatments like Bayer Advanced Tree and Shrub Insect Control. While the neonicotinoid pesticides haven’t been concretely linked to human health issues, that’s partially due to the fact that scientists are only starting to figure out how to measure the presence of these chemicals in the human population.

Researchers with the Center for Disease Control and Prevention published a September 2019 paper that showed the prevalence of neonicotinoid pesticides in people: 49.1% of the urine samples collected during the 2015-16 National Health and Nutrition Examination Survey had traces of the chemical, leading the CDC to estimate that about 50% of the U.S. population “had recently been exposed to neonicotinoids,” according to SDNW. Further, another study published in January 2019 entitled “Trends in neonicotinoid pesticide residues in food and water in the United States, 1999-2015”, discovered low levels of the chemicals on “nearly 60% of cauliflower, 45.6% of spinach and 29.5% of the apples” that were sold for humans to eat.

While more research needs to occur, it is important to pay attention.

“It is potentially having an effect on survival of fawns in a number of different ways that could decrease the number of young available or that get recruited into deer populations,” Dr. Jonathan Jenks, a wildlife ecologist and co-author of the whitetail study.