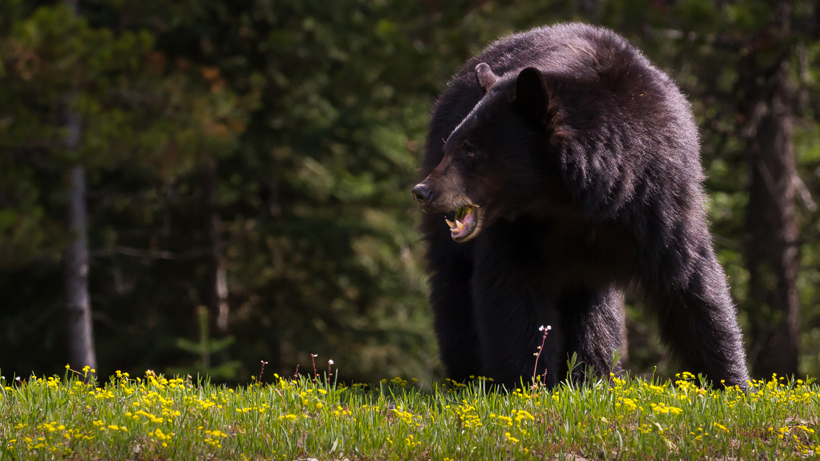 Last week, Colorado Parks and Wildlife (CPW) investigated the death of a 39-year-old woman, who was found dead off U.S. Highway 550 near Trimble, Colorado. While an autopsy is still pending, CPW wildlife officers who responded to the call “observed signs of consumption on the body and an abundance of bear scat and hair at the scene,” according to the agency.

According to CPW, the woman’s boyfriend got home around 8:30 p.m. that night to discover their two dogs outside of the house. He began looking for the woman and found her body around 9:30 p.m. He returned home to contact the La Plata County Sheriff’s office.

She had last spoken with him earlier that morning.

CPW worked with La Plata County Sheriff’s deputies and a U.S. Department of Agriculture Wildlife Services dog team. The dog team swiftly located a sow black bear and two yearling cubs nearby. All were euthanized and currently at CPW’s Wildlife Health Lab in Fort Collins for a necropsy.

From there, DNA evidence from both the bears and the attack location will be sent onto Laramie for testing at the Wyoming Game and Fish Wildlife Forensic & Fish Health Laboratory.

Based upon an examination of the sow’s teeth, she was over 10 years old.

“Bear attacks are extremely rare,” said Cory Chick, CPW Southwest Region manager. “This is a tragic event and a sad reminder that bears are wild and potentially dangerous. Out of an abundance of caution, the bears were removed for public safety. We ask the public to report any encounter with an aggressive bear to CPW.”

The investigation is still ongoing and the public should avoid the area.