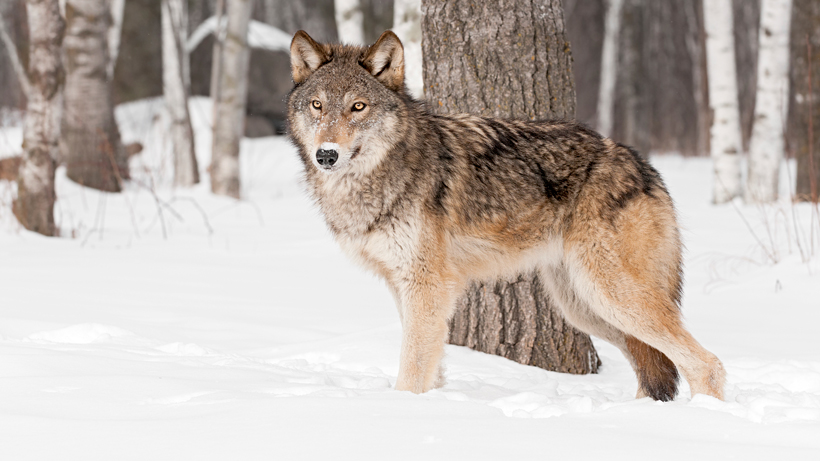 It’s official: this November, Colorado voters will have the chance to weigh in on whether wolves should be reintroduced to the Centennial State. On Monday, the Colorado Secretary of State announced that the Rocky Mountain Wolf Action Fund (RMWAF) had gathered enough valid signatures to “earn a place [on] the 2020 ballot,” Colorado Public Radio reports.

Historically, wolf reintroduction efforts follow federal protocol with state wildlife managers going through the required steps outlined by the Endangered Species Act. This ballot proposal makes it the first time that voters would determine a state’s wildlife strategy. If approved, state wildlife managers would be required to “reintroduce wolves to Western Colorado by the end of 2023,” according to Colorado Public Radio.

“We are extremely excited to move into the general campaign and have a full-throated conversation with Coloradans about what it means to have wolves on the landscape again,” said Rob Edward, president of RMWAF.

How the controversial measure-- known as Initiative 107—will turn out once voters hit the voting booths in November isn’t known, but, according to Colorado Public Radio, an online poll recently found that two-thirds of Colorado voters are actually in favor of reintroducing wolves with only 15% opposed to the idea.

However, Denny Behrens, who serves as co-chair of the Colorado Stop the Wolf Coalition (CSWC), isn’t too concerned. CSWC has already helped 23 rural Colorado counties “pass resolutions declaring their opposition to the initiative” and Behrens says that the group’s next step “is to teach the public about the potential harms of wolf reintroduction.”

While wolf reintroduction efforts have gained support in other states, Behrens says that Colorado is different and the amount of people, pets and livestock within the state make the initiative a bad idea.

Behrens points out that deer and elk populations would likely take a major hit and the recent moose reintroduction program would be completely undone once wolves were returned to the state. Also, once passed, a compensation program would need to be set up for livestock owners. Further, according to Colorado Public Radio, reintroducing wolves could cost Colorado taxpayers $5.7 million over eight years just to set everything up and get the effort underway.

What will be the outcome of November’s wolf ballot? Stay tuned to goHUNT for further details.