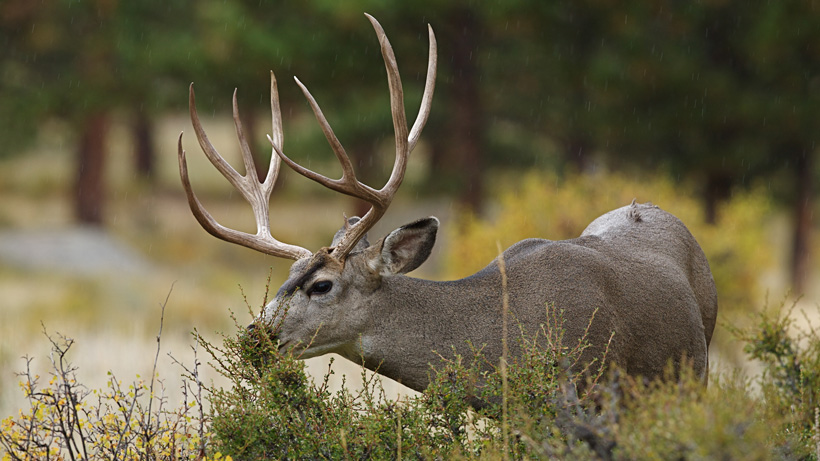 With the first five-year period of mandatory chronic wasting disease (CWD) testing in the books, Colorado wildlife experts shared what they’ve learned about the prevalence of the disease within the state. Between 2017 and 2021, Colorado Parks and Wildlife (CPW) collected CWD samples from deer during hunting season in an effort to determine infection rates and future strategies for disease management, according to The Fort Morgan Times.

This data was collected from all 54 deer herds within the state. Further, in 2021, the sampling was extended to elk to collect the “first reliable infection rate” for them since the mid-2000s.

In 2022, CPW will begin a second five-year rotation focused once again on deer.

“Overall, the decision to commit to annual mandatory testing has been resoundingly important to understanding the status of this disease in Colorado,” said Matt Eckert, CPW Terrestrial Programs Supervisor. “It’s helped us in acquiring and communicating reliable infection rate estimates and laying a foundation to assess herd-specific management actions to combat CWD. We are now taking management actions in 27 of our 54 deer herds.”

With regard to elk, CPW tested 14 of the “highest priority” elk herds, particularly those that “overlap” with infected mule deer herds. While 2021 was the first year elk were tested, biologists were able to discover that CWD is “still relatively low” in elk across the state although the rate of detection was higher than they anticipated in yearling elk, according to The Fort Morgan Times. Further, high infection rates were found in places where CWD was already confirmed in deer.

“We would not be able to determine this relationship and response to disease management efforts in deer without knowing the infection rates in both deer and elk in overlapping herds,” continued Eckert. “Additionally, we retested six mule deer herds to increase the number of harvest submissions used to estimate infection rates in those herds.”