Colorado voters may get to decide on wolf recovery 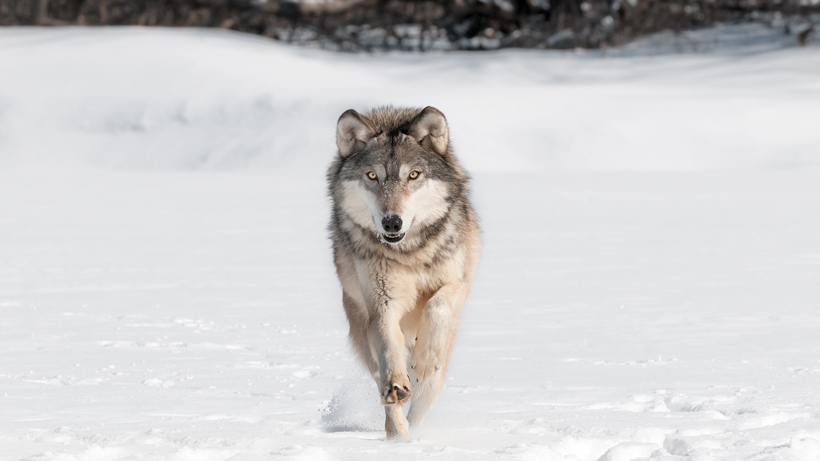 In Colorado, voters may get to determine whether wolves will return to the state. Last week, a ballot proposal was submitted to the Colorado Secretary of State that would allow Colorado residents a say in “finalizing the long effort to restore wolf populations in North America,” The Colorado Sun reports.

“A wolf population in Western Colorado would serve as the archstone, the final piece that would connect wolves from the high Arctic all the way to the Mexican border,” said Montana state Sen. Mike Phillips. “Colorado is maybe the last piece of the puzzle and it is a critically important piece.”

Initiative 79 was submitted to the state title board last week. According to The Colorado Sun, the ballot asks voters “to approve a law requiring the Colorado Wildlife Commission to craft a plan ‘using the best scientific data available’” in order to reintroduce gray wolves “on public lands west of the Continental Divide by the end of 2023.” If the ballot is approved, it would be something for voters to decide during the November 2020 election. According to Rocky Mountain Wolf Action Fund political consultant Rick Ridder, once the state approve ballot language, “petitioners could be on the ground this summer with a goal to collect about 200,000 signatures needed to put the measure before voters.”

“This is a new technique and new way of trying to do it and I guess the groups that are promoting this, they apparently think they can skip the normal process for wildlife management that we have used in this country for more than 100 years,” said Blake Henning, Rocky Mountain Elk Foundation chief conservation officer. “This will have to be more of a grassroots campaign. We are going to have to get the word out more broadly and more regularly and with good basis to cause people to really think about what they are signing or voting for. This is a new game.”

Wolves were once native to the state, but, according to The Colorado Sun, the last one was shot in the early 1940s. While wolf migration is natural—and wolves have been spotted in the state—a concentrated recovery is different. In fact, as goHUNT previously reported, Colorado Parks & Wildlife has already gone on the record to say that it is against a forced reintroduction and the Colorado Wildlife Commission rejected a 2016 proposal to re-establish wolves in the state. In fact, according to The Colorado Sun, the commission supported the conclusions of the 2005 14-member Wolf Management Working Group, which “cited millions of dollars invested in big game populations, and conflict with the livestock industry and big game management” as reasons to not reintroduce wolves to the state.

“The thing that gets in the way of wolf recovery, wolf restoration is the mythical wolf. A lot of people will have you believe the gray wolf has this almost supernatural ability to exercise its predatory will and whim, and everywhere they go they have leave waste and desolation as these wanton killing machines. Nothing could be further from the truth,” said Phillips. “We know a lot about gray wolves. And once Coloradans are ready to embrace an honest portrayal of the wolf, they will conclude that coexisting with it is a rather straightforward affair.”