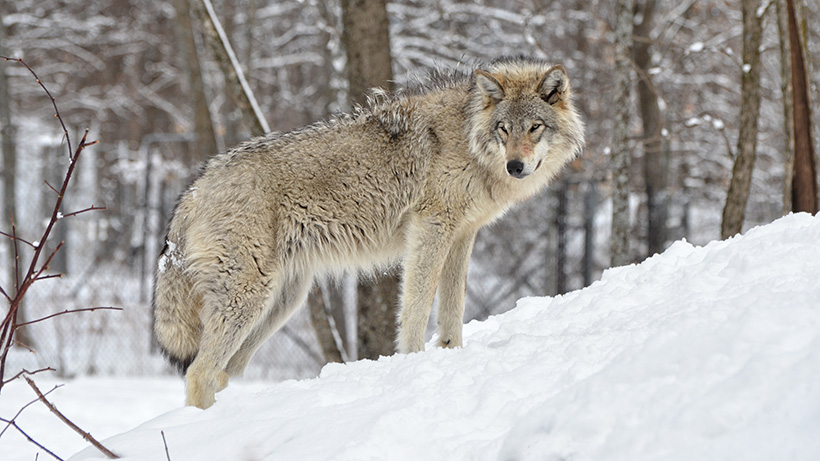 Colorado plans to reintroduce at least 50 wolves to the state over the next five years after voters approved a measure that requires the state to return gray wolves to the West Slope before 2024. The details are outlined in the recent draft wolf reintroduction plan that Colorado Parks and Wildlife (CPW) released last week, according to NPR-Northern Colorado.

Specifically, the plan calls for the capture of about 15 wolves from the Northern Rockies for release near Vail and Glenwood Springs next winter. An additional 10 to 15 wolves would then be released every year until 50 have been successfully reintroduced to the Centennial State. All wolves released within the state will be outfitted with a GPS collar and mortality sensor so biologists can keep tabs on the animals and “watch their progress.”

“The greatest challenges associated with wolf restoration and wolf management in Colorado are primarily going to come from social and political issues, rather than the biological issues,” said Eric Odell, CPW’s species conservation program manager. “The primary goal of this plan is to establish a self-sustaining population of wolves.”

However, Odell noted that challenges will include “potential conflicts between wolves and livestock.” Ranchers who have livestock killed by wolves can receive a maximum payment of $8,000 per animal lost, according to the draft plan. CPW plans to provide “a stockpile of equipment” that can be used to protect livestock like electrified fencing. Killing wolves will not be the first response should conflicts or other problems arise; however, specific conditions outlined in the plan will permit lethal removal of problem wolves.

This is only a draft plan. CPW will hold public meetings over the next few months before the state wildlife commission votes on the plan in May.