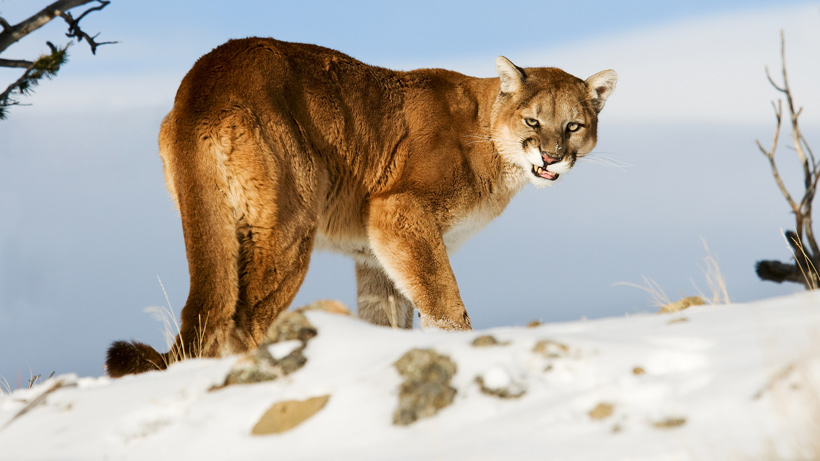 Colorado mountain lions have discovered a new dining option to use when hungry: residential communities. A new study conducted by Colorado State University and published by the Journal of Animal Ecology found that mountain lions will stick around neighborhoods if they determine there’s more food there than in their native habitat, the Aspen Times reports. While mountains lions are generally leery of humans, fear of finding food will override that wariness.

“This study contributes to a growing body of evidence indicating that an animal’s energetic state is very important in the decision-making process; animals will make riskier choices when hunger beckons,” researcher Kevin Blecha said in a news release.

Researchers also say that camera trap footage shows that “prey is increasingly more abundant in residential areas as development spreads into the mountains,” resulting in more mountain lions hunting near homes, the Aspen Times reports. With an abundant mountain lion population within the state, there have already been sightings of the apex predators in Vail, but no confirmed attacks.

“We have seen that if a lion finds a steady source of food, via pets or mule deer, it would not be out of the ordinary for it to take up residence in a neighborhood,” said Blecha. “Lions are looking for four-legged prey. They’re not typically after people, but being large powerful predators, close proximity to people can certainly lead to significant conflict.”

Wildlife officials say that the mountain lions are likely further down the mountain because of snowfall pushing mule deer that way, according to the Aspen Times. Residents should be on the lookout and take the necessary precautions.

“Lions are mainly looking for deer, but they also hunt smaller animals like skunks and porcupines,” Blecha said. “They don’t distinguish between those kinds of animals and your pet. So if you live in lion country keep an eye on your pets, secure your pets, bring them indoors, keep them on a leash — all of those things are important because a lion could certainly make a meal out of your pet.”