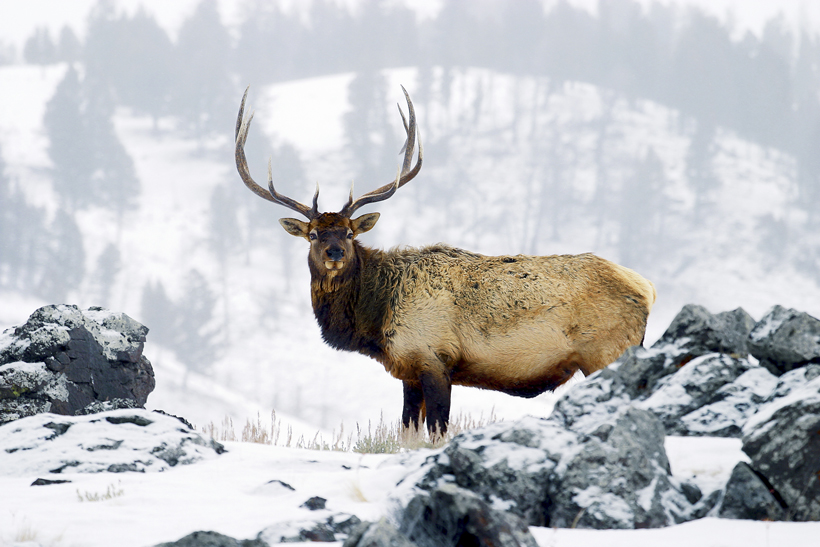 Colorado’s collaborative management of public lands sets a strong precedent for other states seeking to gain control of federal land holdings that fall within their state boundaries.

The controversy of state vs. federal powers is by no means anything new. It’s a story that dates back to the earliest years of this country. Yet when it comes to managing wildlands, some of the most formative years occurred just decades ago.

During the 1970s and 80s, the “Sagebrush Rebels” launched a movement demanding federal government give more control of federally owned western lands to state and local authorities. At this point, federal land holdings made up for 20% to 85% of a state’s area. One of the primary reasons for this movement was the hope of bolstering local economies — namely through the mining, ranching and real estate development industries.

Conservation organizations stood staunchly opposed to the so-called “Sagebrush Rebellion.” Much of the wilderness in question served as critical habitat for a number of wildlife species. Yet the “rebels” urged that, rather than designating more federal wilderness protection, the land should be granted to states or private parties to use at their own discretion.

In 2012, Utah Gov. Gary Herbert signed a law demanding that the federal government transfer to the state more than 30 million acres of public land, including Lake Powell and the Flaming Gorge National Recreation Area.

Just this past November, Utah officials published an exhaustive 800-page report detailing the potential costs and benefits of assuming control of federal lands within state boundaries.

One of the most pervasive beliefs behind the movement for states to assume control over these lands is that the states are simply better equipped to manage the lands than the federal agencies established for that purpose.

While it may seem like a bold statement to make, it is an idea that has attracted the attention of state legislatures in Idaho, Montana, Nevada and Wyoming, all of which have created task forces to further investigate the idea.

Still others adamantly believe that this is merely a ploy for economic gain.

"(This) report is yet more evidence that plans to seize control of national public lands in Utah are nothing more than a thinly veiled attempt to increase the pace and scale of oil and gas development at great expense to taxpayers and the state's renowned natural wonders," Greg Zimmerman, policy director at the Center for Western Priorities, stated in a news release. "Rather than pushing their quixotic and ideological agenda, Utah's lawmakers should be focused on workable solutions for Utah's impressive system of national public lands.”

Zimmerman, along with numerous others, subscribes to an all-together different approach when it comes to dealing with land controlled by the federal government — collaboration.

Recent demonstrations of collaboration in the state of Colorado between private, state and federal stakeholders have resulted in settlements and near-settlements of several complex land management decisions that are being held up as examples of cooperative problem-solving.

Case in point — the former Naval Oil Shale Reserve, also known as the Roah Plateau near Rifle. This was the site of a landmark settlement in November that is expected to put an end to a ten-year rift involving controversial BLM mineral leases on the 3,000-foot plateau that also serves as critical habitat for deer, elk, native cutthroat trout and plants that are found nowhere else in the world.

All involved in the lengthy legal battle touted the agreement as a model of effective compromise that could and should be applied to other conflicts concerning public lands.

"This settlement will protect the valuable fish and wildlife resources atop the Roan Plateau, while clearing the way for orderly development to take place elsewhere in the planning area," maintained current Colorado governor John Hickenlooper. "We applaud the parties for setting aside their differences and charting a productive path forward. It really is the Colorado way.”

Colorado’s collaborative land management approach saw another round of success when the Hermosa Creek Watershed Protection Act, co-sponsored by Colorado U.S. Senators Michael Bennet and Mark Udall, was approved as a part of the Senate’s National Defense Authorization Act. The watershed extends more than 100,000 acres across two counties and is managed by both state and federal agencies.

If the act is signed by President Barack Obama, it will create 37,236 acres of federal wilderness and a 68,289-acre “special management area” that will be available for multiple uses and widely endorsed by sportsmen’s organizations.

"Our office may have introduced the bill in the Senate, but it was really the people I represent in southwest Colorado who wrote every bit of this piece of legislation," Bennet told the Senate. "I think the people in that meadow set out to prove that people in this country can still work together and set an example for the United States Congress.”

Conservationists, environmentalists, and sportsmen alike can agree — federally managed public lands are critical for wildlife and local communities. If the issue is not handled correctly, the transfer of federally managed public lands could have serious implications. So perhaps the “Colorado Way” should be considered a viable starting point for states seeking to increase their land holdings. Not only could help close the book on what is likely to be a long legal battle, but may ultimately be the best way to find balance while still keeping public lands in the public hands.