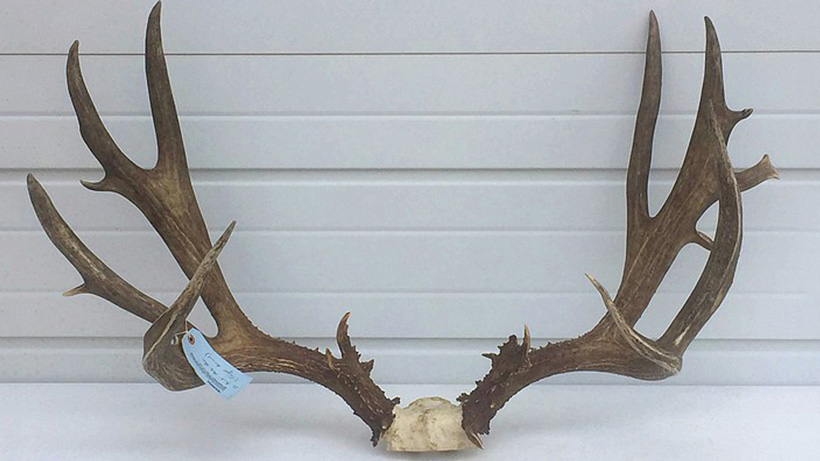 The mule deer buck that was poached. Photo courtesy: Colorado Parks and Wildlife

A Moffet County outfitter and two nonresident hunters from Mississippi have pleaded guilty to poaching a trophy mule deer during Colorado’s third rifle season. The men were linked to the illegal activity after an anonymous tip was reported in 2015 to the Mississippi Wildlife, Fisheries, and Parks. The incident occurred in 2014.

According to Colorado Parks and Wildlife (CPW), the tipster alleged that the men involved – Danny Jeffcoat (Colorado), John Summerville, and his son, Jon (Mississippi) – had used another hunter’s license, which is known as “party hunting.” Following a lengthy investigation, officials discovered that Kirk Anderson of Missouri had left an unfilled deer license at the Jeffcoat’s ranch. This license was used by the younger Summerville to illegally tag the buck. Jeffcoat then “forged a transportation document in Anderson’s name” so that the duo could take the deer back to Mississippi for taxidermy, according to Steamboat Today.

While Anderson may not have been directly involved in the actual incident, because of his carelessness with his license, CPW fined him $220. The others didn’t get off quite that easily. Jeffcoat’s outfitting business is now under review by the Colorado Department of Regulatory Agencies. Jeffcoat and both of the Summervilles face suspension of hunting and fishing privileges in Colorado and 43 other states due to the Interstate Wildlife Violator Compact following a final case review by the CPW.  All currently have their licenses suspended for one year.

Additionally, because the buck had an inside spread of 23 5/8”, under the Samson Law, the elder Summerville will be fined at least $10,000, though, according to Steamboat Today, he will likely incur fines of $12,000 for his involvement. The younger Summerville must also pay more than $2,000 in fines. As for Jeffcoat, he has been ordered to make a $10,000 donation to Operation Game Thief as well as cover his court costs.

Think the punishment fits the crime?