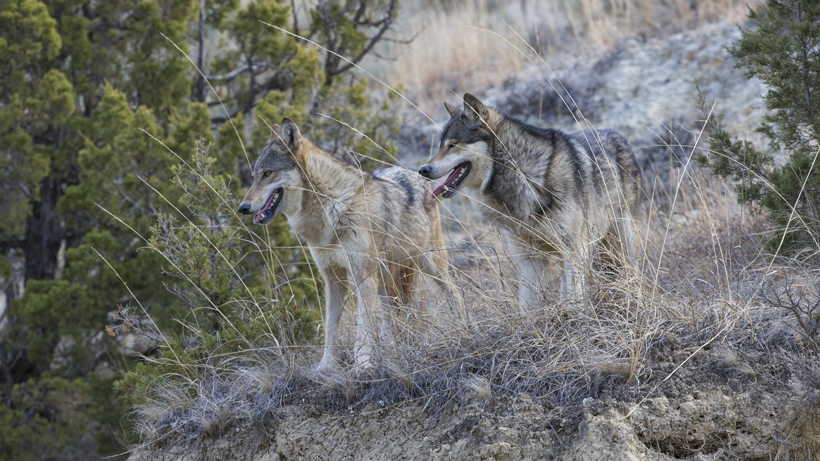 As Colorado moves forward with reintroducing wolves to its landscapes, Colorado Parks and Wildlife (CPW) took the reins at the first of three public informational sessions last week. Per Colorado voters, the state is required to bring wolves back to the Western Slope by the end of 2023.

Diane Boyd was on-deck to talk about wolves during the session. Known as the “Jane Goodall of wolves,” Boyd is a retired biologist who has spent her entire career studying the predators mostly in Montana, according to the Steamboat Pilot & Today. She says that “when it comes to managing wolves … people should expect the unexpected.”

“You have to be flexible; if you think wolves are going to stay on the western side of the state, they are going to show up 300 miles out on the prairies on the eastern side,” said Boyd. “It is going to happen.”

To make the reintroduction successful, Boyd points that collaboration among the many stakeholder groups will be key, especially where known conflicts will occur – like when a wolf kills livestock. Compensation for that depredation should be established before the wolves move in.

“It involves people sitting at the table who normally don’t talk to each other — they are normally at fisticuffs over issues. Drop that,” said Boyd. “You have to get together and talk, because you are going to have to work together to create a wolf program that is going to work.”

According to Boyd, there are three main things wolves need to survive: “wild ungulates or hoofed mammals like elk, a large undeveloped landscape to den and freedom from persecution.”

Of course, the impact of wolf reintroduction on elk populations concerns many, especially hunters. However, Jon Horne, a senior research biologist with the Idaho Department of Fish and Game, says that “since wolves were reintroduced there [Idaho], the annual elk harvest has remained relatively stable,” but that “different places have seen different outcomes.”

According to the Steamboat Pilot & Today, while wolves and mountain lions are the main predators of elk, wolves tend to pick out calves or older cows; whereas, mountain lions prey on whatever elk they can kill.

The next informational session will be held on May 20 and focus “specifically on reintroduction and looking at how it has been done in the past in other states.” A third session that will likely be held in June will cover conflict between wolves and livestock.