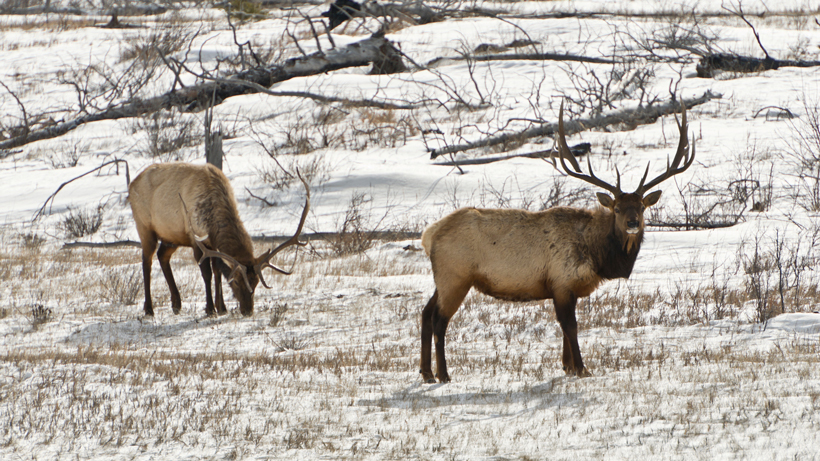 While Colorado’s Cameron Peak wildfire is considered contained as of Jan. 12, the impact on wildlife and other repercussions of the largest fire in the state’s history are still being determined. However, Colorado Parks and Wildlife (CPW) biologists recently surveyed elk herds impacted by the fire, which burned 208,913 acres, and discovered that the herds within Larimer County are doing okay.

“What we saw today is that the fire didn’t inhibit them from actually getting to their wintering ground and we saw some pretty good calf recruitment,” said Curtis. “We did see healthy animals on the ground, so the fire didn’t seem to affect them health wise.”

Using GPS, Curtis monitored herd movement and habitat use, reproduction and mortality. While long-term effects of the wildfire still need to be studied, the fact that the herds seemed fine is positive; however, moisture levels this spring will also play a role in the overall health of key habitat.

“It is going to be interesting to see when they migrate back to their summer range, how that is going to affect their movement patterns and if they are going to go to the same locations as they did the previous year,” said Curtis.