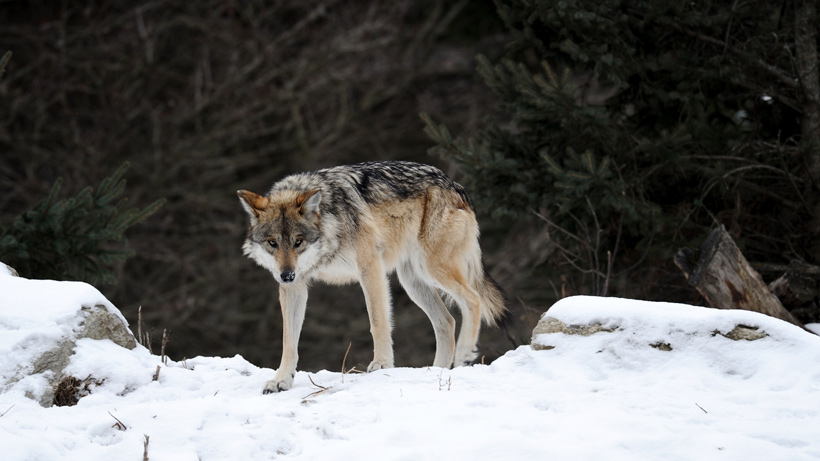 Gray wolves continue to be a hot topic in the West. Reintroduction efforts are already underway in Wyoming, Idaho, Montana, New Mexico and Arizona and Colorado could be next. Earlier this week, about 200 people met to discuss the possibility of reintroducing the apex predators to the state, raising concerns “about disease, livestock losses and diminished big-game hunting,” the Montrose Daily Press reports.

While there isn’t an official state-endorsed reintroduction effort, wolves are in the state. In fact, according to Renzo DelPiccolo, who is an area wildlife manager for Colorado, Parks and Wildlife (CPW), there have been “three confirmed sightings of gray wolves in Colorado in the past 15 years” and several hybrid wolves. Wolves also don’t observe state boundaries and neighboring wolf populations could easily move into Colorado; however, according to Mike Phillips, a biologist who works with the Rocky Mountain Wolf Project, “it would take about 250 wolves to establish a viable population,” which is why a formal reintroduction would be necessary.

“It won’t be successful through natural migration,” said Phillips.

That doesn’t mean residents want them there.

“There will be 8 million people in Colorado by 2040, and if you bring wolves here it’s going to be a conflict right way, and that’s not fair to the wolves,” said Denny Behrens, a member of the organization BigGame Forever, said during the meeting.

Wolves are protected under the Endangered Species Act in Colorado, making it illegal to kill them. In 2016, the Colorado Parks and Wildlife Commission signed a resolution in 2016 that “opposes the ‘intentional release of any wolves into Colorado,’” according to the Montrose Daily Press.

“But if wolves make it down here from Wyoming or up from New Mexico or Arizona, they will be treated as an endangered species in the state,” said CPW spokesman Joe Lewandowski.

As of now, there’s no pending legislation suggesting that a reintroduction effort is underway, but legislators could address the subject over the next few months. Stay tuned to goHUNT for further updates.