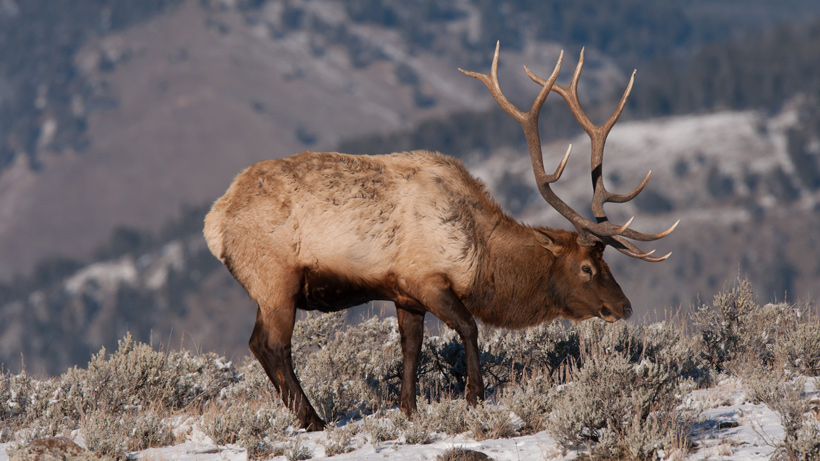 Winter is a critical time for wildlife, which is why many states have limitations on when it’s legal to collect shed antlers. In Colorado, shed hunting is restricted Jan. 1 through April 30 with additional restrictions in the Gunnison Basin that run through May 15. This year, Colorado Parks and Wildlife (CPW) officials have been cracking down on illegal shed hunting, targeting those who are collecting sheds during the restricted period.

“Shed collecting has become extremely popular over the past decade because there is a significant potential for high profit,” Area Wildlife Manager Bill de Vergie told the Herald Times. “That has led to a major increase in the number of collectors spreading out in areas where elk and deer are trying to find a little respite from winter. The last thing wildlife needs at this time of year are people speeding by on ATVs or snowmobiles, dogs running around off-leash and so on. It’s a very serious problem.”

While the restrictions don’t apply to private lands, that doesn’t mean CPW isn’t keeping an eye out for those who may violate trespassing laws. Several people have already been cited for shed hunting illegally on private land, resulting in these sheds being seized by officers. Those caught have to pay a $50 fine plus $18 surcharge for every illegal shed collected. Anyone caught with an illegal shed is also “assessed five points per shed against their hunting and fishing privileges” and 20 points means the loss of those privileges for up to five years, according to the Herald Times.

“If wildlife is pressed once a day or every other day, we would not have as much concern,” said de Vergie. “But these animals are constantly pressured now, often running from perceived threats dozens of times per day. People may not see it happen right away but severely stressed animals and their offspring will starve to death when their fat stores are depleted.”

“We’ve done what we can to educate folks about the restrictions and why they are in place, including many face-to-face conversations,” continued de Vergie. “We hope that folks follow the rules and help us protect wildlife. If they don’t, we will enforce our laws to the fullest extent.”

While most areas are open for shed hunting April 30, there are still some restrictions for GMUs in Southwest Colorado, specifically GMUs 54, 55, 66, 67 and 551. These areas will not open to shed hunting until after May 15 – and collection and possession are forbidden within these GMUs “between legal sunset and 10 a.m. May 1 through May 15,” according to the Herald Times.

“We are not trying to keep people from collecting sheds,” said de Vergie. “We are just asking collectors to wait a bit, cut wildlife a break, wait until the restricted periods end then go out and get your sheds.”