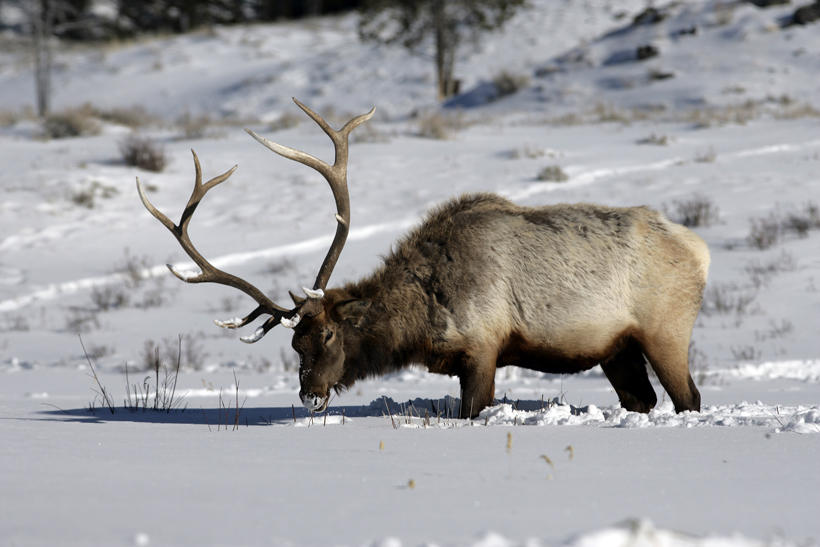 Colorado Parks and Wildlife is asking for help in identifying who is behind a string of elk poaching that has been occurring throughout the state. Officials are currently investigating three recent incidents of illegally killed bull elk in high-quality hunting units in Northwest Colorado. Two of the bulls were estimated to have been killed before Thanksgiving and were entirely field dressed; the other only had the front shoulders and backstraps removed.

These new incidents add to the other three that occurred in Game Management Unit 10 in early November, bringing the total number of illegally poached bull elk to six this year. This is six too many.

"We have a Turn In Poachers, or 'TIP' program in addition to our Operation Game Thief tipline," said District Wildlife Manager Mike Swaro, of Craig. "Through TIP, if a hunter provides information about poaching incidents involving big game they may be eligible to receive a quality bull elk license in the unit where the tip was turned in if it results in a conviction for the take of an illegal 6-point bull elk or willful destruction."

A person can also opt for a preference point for any big game species of their choice, instead of a license. To be eligible for points or a license through the TIP program, the person providing the information must be willing to testify in court.

According to Swaro, the latest incident occurred in Game Management Unit 2 and 201. These areas are known for producing the largest bulls in the state. Poaching is a serious offense that leads to felony charges, significant fines, a prison sentence and the permanent loss of hunting and fishing privileges.

"Someone knows who did this and we ask that they do the right thing and come forward," says Swaro. "Along with the evidence we were able to gather at the scenes and additional information from the public, we should be able to find who did this in due time."