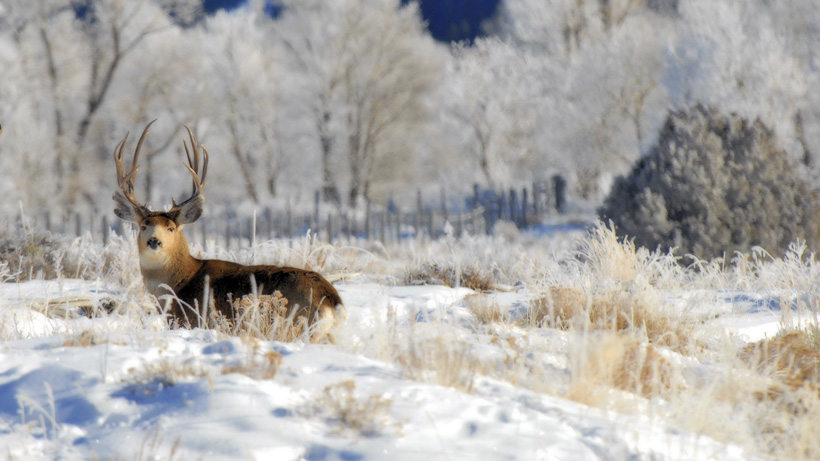 This fall, Montana mule deer hunters can expect shorter seasons for the western portion of the state. The decision, which was approved by the Montana Fish and Wildlife Commission during their last meeting, will hopefully “bolster struggling populations,” according to the Independent Record.

As goHUNT previously reported, the changes impact northwest Region 1 and west-central Region 2. Mule deer numbers have dropped significantly in both regions due to a lack of habitat as well as predation and weather. As a result, in several districts, the season will now run for only three weeks.

Hunting District (HD) 109 south has been combined into HD 101. Hunters will be able to hunt bucks on a general license during the first three weeks with a “low-quota limited permit” for the last two weeks of the season, according to the Independent Record. HDs 204, 212, 213, 214, 215, 217, 240, 292 and 298 will also switch to a three-week general license season. HD 282 moves to a limited permit and HD 281 switches to a general license for a five-week season. Additional changes approved by the commission include a move to limited permits for mule deer bucks in the Elkhorns HD 380 and the Big Belts HD 392.

“We do want to maintain maximum hunter opportunity, that is important, but also balance that with something that isn’t going to over-harvest mule deer in those areas,” said Liz Bradley, Region 2’s acting wildlife manager.

While the changes were met with mixed opinion, those in favor of adaptive management strategies feel that this only scratches the surface of solving overall mule deer decline in the state. Those against the decision say shortening the season “would simply redistribute hunters and increase pressure in other areas,” according to the Independent Record.