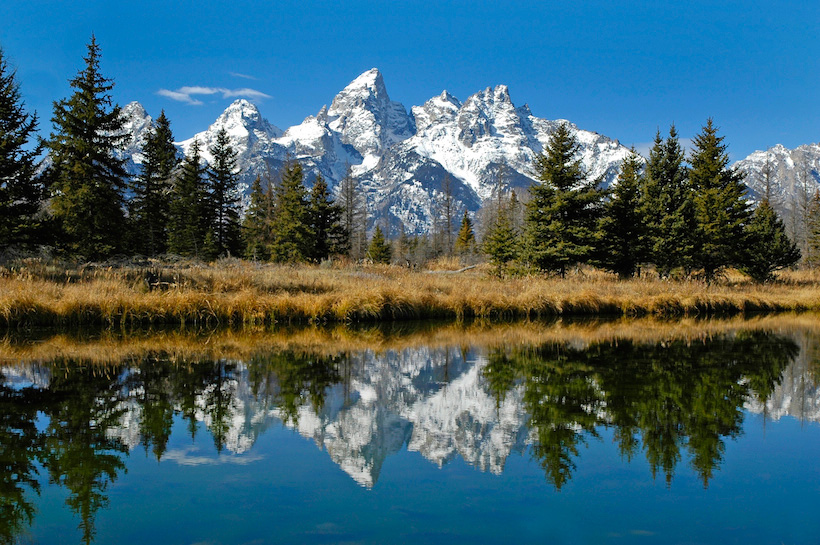 Fifty years ago, the Wilderness Act was signed into law, establishing federal protections on some of the most pristine areas of land across the United States. But in the past five years, Congress have been slow to designate land to be protected as wilderness.

On September 3, 1964, President Lyndon B. Johnson signed the legislation protecting 9.1 million acres of land and establishing legal definition of wildlife for future designations. The Wilderness Act, which went through over 60 drafts before being passed, not only pertained to lands in national forests, but also in the national parks and monuments, national wildlife refuges, and later, land administered by the U.S. Bureau of Land Management.

By all means, it was a landmark piece of legislation. It represented the nation’s desire to preserve natural treasures, it guaranteed a different future for select areas of what was once all unspoiled wilderness, and it set a precedent of conservation for future generations to follow.

The importance of such benchmark legislature has not been forgotten.

“The sanctity and preservation of wilderness defines our national character,” said Lowell Baier, president emeritus of the Boone and Crockett Club. “Every wilderness area today exists because of individuals who had personal connections to the place, were moved by its natural beauty and wild spirit, who understand what it meant for wildlife and outdoor lifestyles, and who were committed to fighting to keep it intact.”

Baier added, “The Wilderness Act represents a level of grassroots conservation accomplishment that is really quite rare. Even more rare are conservation topics that unite hunters, non-hunters and even anti-hunters — but celebrating the historic success of the Wilderness Act is one of those.”

Yet historic success is not enough to overcome future challenges of establishing new wilderness lands.

Since the 1960s, establishing wilderness has become a highly contentious and divisive issue, with development-minded entities like the timber and energy industry squaring off against wilderness advocates and conservationists. Opponents argue that enough land has been designated for federal protection while proponents claim that more of the few remaining pieces of unspoiled land deserve federal protection.

Every year, from 1964 up through 2009, Congress continued to add lands to America’s wilderness system. Lawmakers would propose new areas for protection in their home state or district, and their colleagues would then approve it. But up until this year, Congress had not designated any additional lands as wilderness.

According to Paul Spitler, the director of wilderness campaigns at the Wilderness Society, the lack of new designations “speaks to the broader dysfunction of Congress. They seem to have lost the ability to compromise and move forward.”

For the most part, conservation in Congress has always been a bipartisan effort. But it seems as if interests have changed.

“In the past, Congress has been willing to grant deference to a state’s delegation when they wanted to designate new conservation and wilderness areas,” said Spitler. “Now we have extremists who won’t compromise.”

It was not until this spring that Congress designated a new land to be protected as wilderness. On March 4, 2014, for the first time in five years, Congress approved the Sleeping Bear Dunes national Lakeshore Conservation and Recreation Act, permanently protecting 32,557 acres along the mainland shore of Lake Michigan.

While there are various other designations for public lands — parks, national forests, wildlife refuges — the designation of “wilderness” is the highest protection that can be given to land. This designation stipulates that the area is entirely off-limits to drilling, logging, roads and most motorized vehicles. As defined in the Wilderness Act, “A wilderness, in contrast with those areas were man and his own works dominate the landscape, is hereby recognized as an area where the earth and its community of life are untrammeled by man, where man himself is a visitor who does not remain.”

In total, 110 million acres of the United States are currently designated as wilderness.