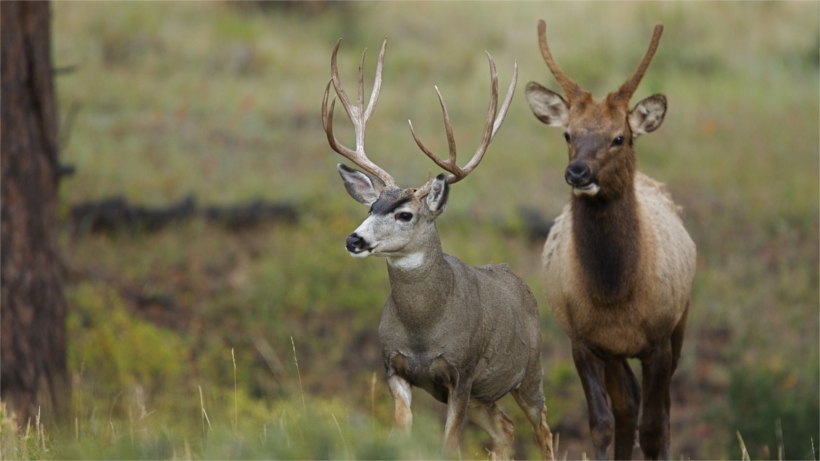 After more than two years and a thorough investigation, nine men have been sentenced for their involvement in illegally killing 15 mule deer and an elk in Flathead County, Montana. Investigators credit Flathead High School Resource Police Officer Corey Clarke for his help in nabbing the individuals since most were actually under the age of 18 and still in high school during the crimes.

According to NBC Montana, the suspects were allegedly linked to the illegal harvest of 29 deer and one elk in 2013 and 2014, but, despite the combined efforts of Region One Montana Fish, Wildlife, and Parks (MFWP) game wardens and U.S. Fish and Wildlife Service Refuge Officer Kevin Shinn, investigators were only able to uncover enough evidence for 15 of the poached deer and the cow elk. The men were found guilty of “hunting game animals during a closed season, using artificial light, waste of game, unlawful possession of game animals, violates of commission rules and regulations, and littering,” according to NBC Montana.

Most of the animals were killed in the Flathead Valley, though the cow elk was killed at Lost Trail Wildlife Refuge, and other deer were found in the Red Gate area, West Valley area, and near Creston.

“It was very disappointing to see this level of poaching following so closely after several other high-profile poaching cases in the Flathead Valley where multiple deer were shot at night and left to waste,” says MFWP Warden Captain Lee Anderson. “Hopefully this will help deter other people from violating the law.”

The men were ordered to pay a total of $16,425 in fines and restitution and lost (collectively) hunting, fishing, and trapping privileges for 47 years. The report did not mention any jail time or probation for the crimes.