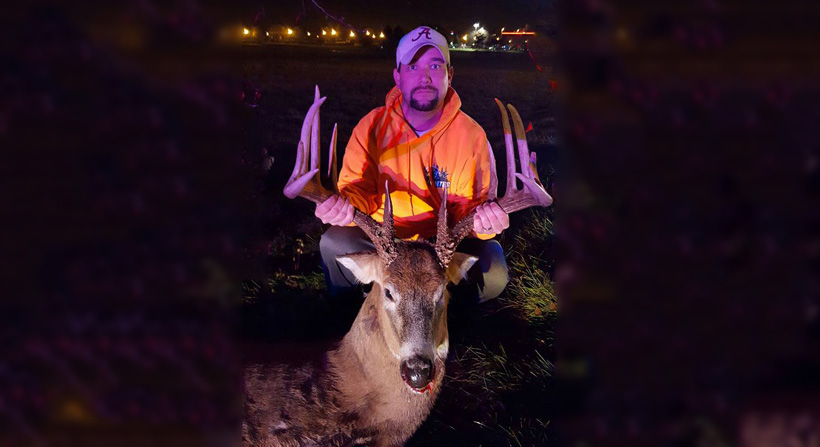 An epic, trophy worthy buck met an unfortunate demise when it decided to step into traffic on Dec. 5 in Mishawaka, IN. While there are thousands of deer-car collisions every year, this deer wasn’t your typical buck; this one was a 12-point with a massive 6x6 spread. In fact, this buck was so impressive that an Ohioan, who was allegedly impacted by the crash, claimed the buck at the scene of the accident.

This buck handoff angered several local residents who had watched the trophy buck from afar for years as he nosed down Main Street and made his rounds on the streets surrounding Dick’s Sporting Goods, Pet Smart and St. Joseph Hospital, according to the South Bend Tribune. 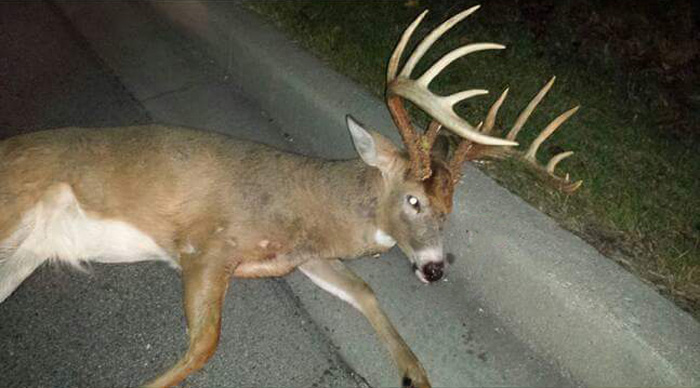 “The guy claims he also hit it, but there wasn’t a scratch on his little compact car,” says resident Adam Howard. “He said he clipped it on the legs, but I don’t believe him. He just wanted the antlers.”

The fact that this majestic animal died in such a way was one thing; having it claimed by someone out of state makes it that much worse to locals. While urban deer have become commonplace, many people are still surprised when they live to be as old and as mature as the one that was just hit. Howard says that the buck was easily more than the 209 lb. buck that he harvested last year. Regardless, how the police handled the situation is part of the problem.

“This buck was a survivor and it’s too bad he had to die like this,” says Howard. “But what bugs me more is that the deer will get mounted, possibly sold, and displayed somewhere other than here in Indiana. I’d love to have seen the DNR take the deer, get it mounted and put it on display for all Hoosiers to see and appreciate.”