Thanks to an anonymous tip, a Canadian wildlife trafficking ring is no longer. Three Canadians were convicted of illegally selling moose this week after a four-year investigation uncovered the trio. The case, dubbed “Operation Pilgrim II,” involved multiple undercover fish and wildlife officials and resulted in not only the conviction of these three, but three other previous convictions of others also involved in the Marlboro, Redwater, Darwell and Edmonton communities.

“The special investigations section of our fish and wildlife enforcement branch has many officers working undercover to identify wildlife traffickers throughout the province. They do this by posing as potential buyers and sellers while interacting with suspected wildlife traffickers,” says Brendan Cox, a spokesperson with Alberta Justice. The investigation ran from July 2010 to July 2014 when officers confiscated a total of 322 packages of moose and elk meat with a black market value of $6,500 and $1,105 in cash. 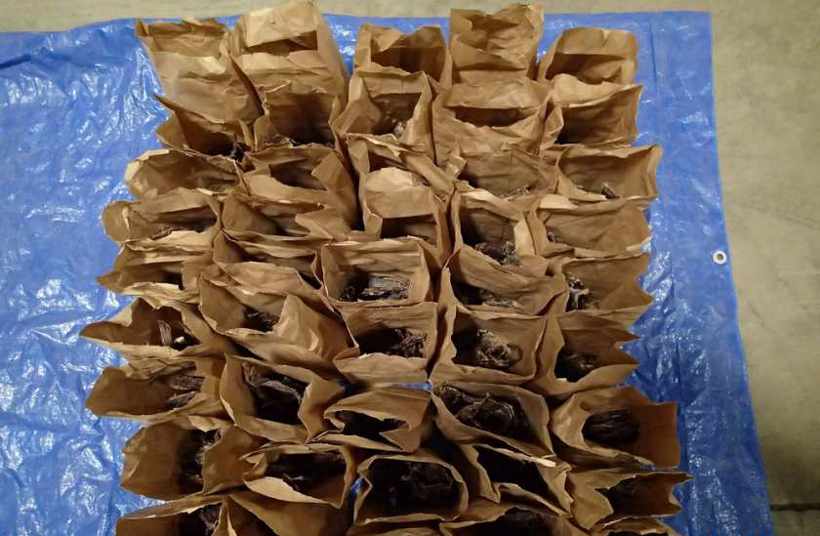 Photo credit: Edmonton Journal | Undercover Fish and Wildlife officers seized 322 packages of moose and elk meat, worth around $6,500 on the black market