Can Hall Mtn. bighorns come to the genetic rescue? 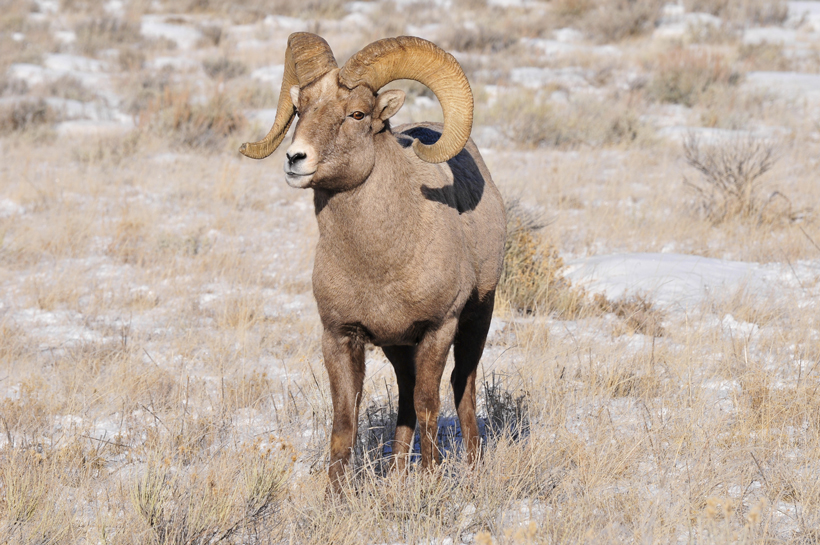 The Washington Department of Fish and Wildlife are attempting to capture two or three Hall Mountain bighorn rams to come to the genetic rescue of a floundering herd in Tucannan River. Officials are concerned that a shortage of rams could cause inbreeding in the Tucannan River herd and want to add more rams to the mix. The Hall Mountain herd is small, yet hardy, with current helicopter surveys and trail cameras counting 11 rams within it. While this may be a viable solution to WDFW biologists, local sportsmen are worried that the Hall Mountain herd could be threatened by the removal of rams, thus possibly causing the same issue.

“About 85 bighorns have been captured and taken away from the Hall Mountain herd over the years. With about 20 in the herd now, we wonder how many rams can be removed before inbreeding becomes a problem here, too,” said Tommie Petrie, Pend Oreille County Sportsmen’s Club president.

While a statewide raffle tag gives a hunter the option to take a ram from any viable herd in the state, according to Petrie, the tag has only been used once at Hall Mountain and regular hunting has never been allowed on the Hall Mountain bighorns.

Historically, Washington bighorn sheep herds have diminished due to disease issues that have baffled researchers for decades and also affect wild sheep in Montana and Idaho. A pneumonia outbreak linked to possible contact with domesticated animals hit herds near Hells Canyon and the Yakima River Canyon in the 1990s and the Tieton herd was wiped out in 2013 by a particular strain of pneumonia that caused officials to euthanize more than 90 animals and eventually exterminate the remaining members of the herd to keep the disease from spreading.

The Hall Mountain bighorn sheep were previously given supplemental feed near Sullivan Lake’s Noisy Creek Campground to boost the herd and make it easier for researchers to capture animals for disease studies and relocation efforts, but was phased out from 2001 to 2003 after cougars homed in on the feeding station, easily targeting their prey.

While the Hall Mountain bighorn sheep herd has a higher ratio of rams to ewes, Petrie does not feel enough research has been conducted on the herd to support the relocation of Hall Mountain rams to the Tucannan River herd.

Rich Harris, department big-game special species manager, seems to agree that the state would be lucky to capture any of the Hall Mountain rams, but if they do moving them to the Blue Mountains area would be the best choice overall for the state instead.