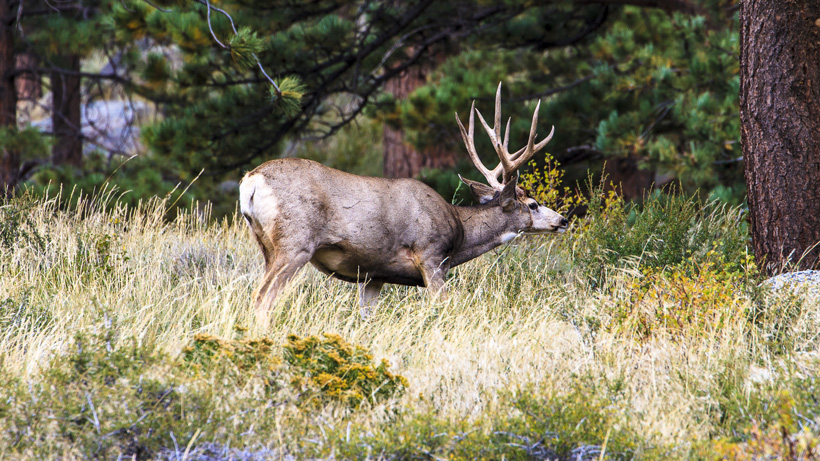 California officials have a few new tricks up their sleeves for poachers: harsher penalties and clearly defined big game trophy characteristics so that there’s no gray area when charging violators with wildlife crimes. The new legislation rolled out just in time for big game hunting seasons across the Golden State and they apply to anyone convicted of poaching deer, elk, pronghorn, bighorn sheep and wild turkey as clearly defined under California Fish and Game Code.

The revised legislation was sponsored by the wildlife conservation community. The California Fish and Game Commission worked closely with the California Department of Fish and Wildlife (CDFW) and other outdoors, conservation and hunting organizations to define trophy characteristics and determine harsher penalties for those who are convicted of poaching.  The legislation and regulation package has been in effect since July 1, 2017.

“The first case adjudicated after the trophy law took effect exemplifies the potential benefits this enhancement law could have on wildlife protection,” said David Bess, CDFW Deputy Director and Chief of the Law Enforcement Division, in a press release.

That case occurred on July 5, 2017 and involved 22-year-old Garrett Thomas Peacock, who had illegally killed a trophy class buck without permission on private property in Colusa County. Thanks to California’s new stricter regulations, Peacock was sentenced to probation for two years and ordered to pay $5,150 in fines and penalties, according to CDFW.

“Unlawfully targeting animals for their trophy qualities is an egregious violation,” said Bess.  “Under the enhanced penalties of this law, the punishment will more closely match the severity of these types of poaching crimes.”