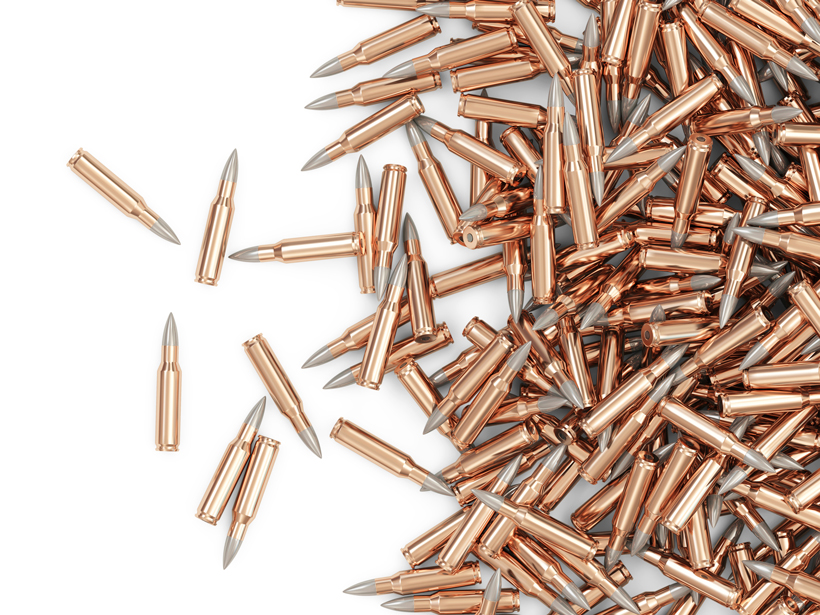 While California hunters may have thought that they had until 2019 to phase out lead bullets from their arsenal, Department of Fish and Wildlife (DFW) has other ideas. Officials announced that non-lead ammunition will be required for all hunting on DFW property and for all bighorn sheep hunters beginning with the 2015 season.

The announcement was inserted in large block letters on page nine of the 2015 Big Game Digest. While this may have come as a shock to some, the reality is that when Governor Jerry Brown signed the lead ammo ban in 2013, it was expected that regulations could be in effect as early as 2015 though language in the ban said that officials had until 2019 to phase in the approved measure.

According to a report released by the National Shooting Sports Foundation (NSSF), the lead bullet ban could impact the number of participating hunters. The report found that higher ammunition prices will drive 36% of California hunters to stop hunting or reduce their overall participation. 13% of California hunters said they would stop hunting due to higher ammunition prices, 10% were unsure if they would continue to hunt, and 23% said they would likely hunt less due to the lead bullet ban.

Obviously low hunter participation and recruitment could be detrimental to the hunting and shooting industries. The economic impact of fewer hunters could also impact 1,868 jobs, which could lead to a loss of just under $20 million in state and federal tax revenues, according to the report.

DFW officials will be taking public comments until April 9, which is the scheduled adoption date of the lead bullet ban. If the regulations are finalized, they will go into effect in July.