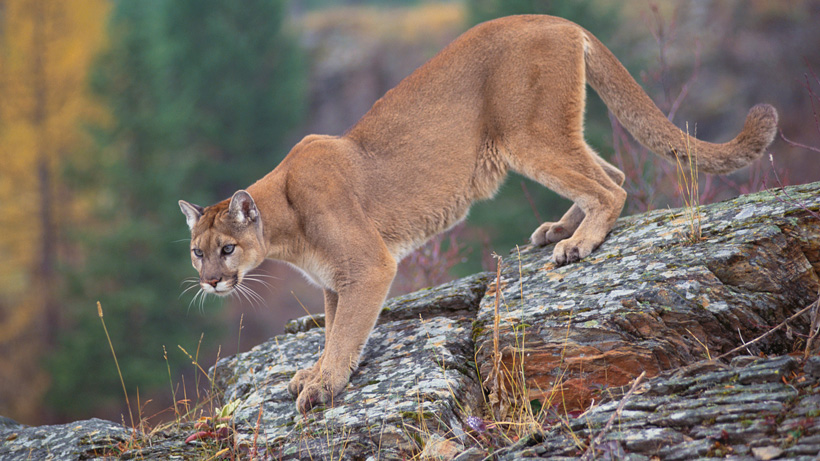 The California Fish and Game Commission recently approved temporary protections for about 500 mountain lions under the state’s Endangered Species Act. The temporary endangered species status, which was unanimously approved by the five-member panel last week, specifically applies to mountain lions in Southern California and along the Central Coast, the Los Angeles Times reports.

This decision is a result of a recent petition filed by the Center for Biological Diversity and the nonprofit Mountain Lion Foundation (MLF) and paves the way to future protection under the California Endangered Species Act as early as 2022. To move forward, the state is required to hold public hearings prior to determining if the preliminary decision should be permanent. According to the Los Angeles Times, if mountain lions did meet state endangered species criteria, wildlife managers would be required “to devise a recovery plan for them,” which raises “the prospects of constraints on development and highway construction from Santa Cruz to the U.S.-Mexico border.”

While organizations like the California Farm Bureau Federation and the California Cattlemen’s Assn. are against the state listing, California Department of Fish and Wildlife Director Charlton Bonham advised the state commission panel “to overlook objections from critics” and “accept the petition” as filed.

“We can do this,” Bonham said. “The department knows how to collaborate. Ecological objectives and housing development are both doable objectives.”

Opposition for protecting mountain lions includes issues surrounding depredation permits and whether they will become harder to obtain if a newly protected mountain lion threatens humans or livestock.

“If mountain lions are listed,” said Fred Hull, a staff attorney with MLF. “It won’t be harder to get a depredation permit to deal with a troublesome lion with nonlethal methods. But it will be much more difficult to get a permit to kill a lion.”

Other concerns are more economically focused on the impact of a recovery plan and residential or commercial development projects in key mountain lion habitat, especially with the current “housing crunch” that has resulted in higher rents in Los Angeles and surrounding foothills and scrublands.

While mountain lions “are not listed as threatened statewide,” recent scientific studies have found that those who roam the “Santa Ana, San Gabriel, Santa Monica, Santa Cruz and Tehachapi ranges” are part of a specific genetic subspecies that “is approaching what some experts call an ‘extinction vortex,’” according to the Los Angeles Times. Further, within the next 50 years, if nothing is done, scientists say “there’s an almost 1 in 4 chance … that mountain lions could become extinct in the Santa Monica and Santa Ana mountains.”