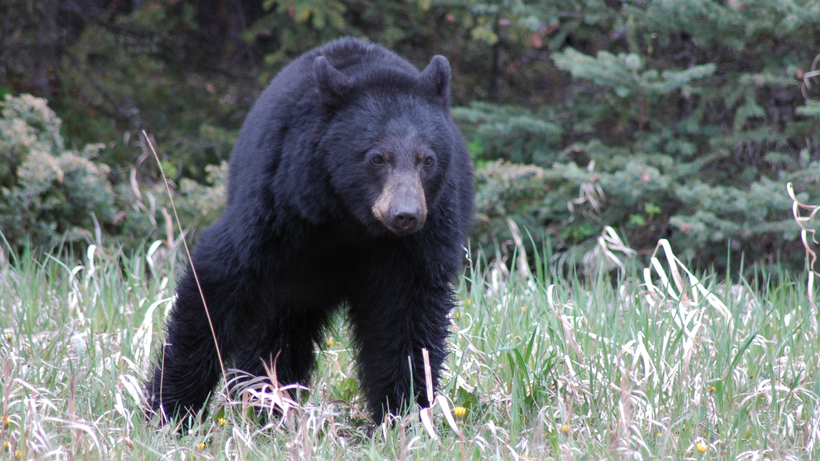 Cresting a ridge and dropping into a meadow, deep in the heart of the eastern Sierras, the sun begins to break the horizon. My father leading my brother and me through the steam of the early morning, we are in pursuit of mule deer. Skirting the edge of the meadow, I hear my father yell “Oh Shit!” as the bushes, not ten yards in front of him explode and the all too familiar “woof” of a black bear making its way up a hill. Being the only one with a bear tag in my pocket both my companions turned to me urging me to get ready to shoot the mature boar. The deep-toned red/blonde bear turned and looked back at us at 60 yards, I raised my rifle, flipped off the safety, settled the reticle on the vitals, and “click”. I racked a round through the bolt action as fast as I could only to see the hindquarters disappearing from the countryside. I was 15 years old and I have been obsessed with hunting bears in California ever since.

I recall sitting around multi-generational family dinner tables listening to tales of running black bears with hounds in the marble mountains of northern California. My grandfather, my father, and my uncle had successfully taken black bears this way, and there was nothing inhumane about the practice. The stories they told were of camaraderie, hard work, stewardship, and providing for your family. With no natural predators in the area and with woods too overgrown for other tactics to be effective, hounds were the only reasonable way to keep bear populations within management numbers. I think back to my hunter education course and being taught the importance of not only hunting ungulates but also predator management and having the same respect for those animals as we do more targeted species.

With the introduction of Senate Bill No. 252 to the California Legislature, the future of bear hunting in the Golden State stands in the crosshairs “... unlawful to hunt, trap, or otherwise take a bear of the genus Euarctos or the species Ursus americanus, except under specified circumstances, including under a depredation permit.” This is in direct violation of Fish and Game code 1801, specifically subsection E which states, “To maintain diversified recreational uses of wildlife, including the sport of hunting, as proper uses of certain designated species of wildlife, subject to regulations consistent with the maintenance of healthy, viable wildlife resources, the public safety, and a quality outdoor experience.”

This proposed legislation is an egregious violation of the North American Model of Wildlife Conservation which states “Science is the proper tool for discharge of wildlife policy. In order to manage wildlife as a shared resource fairly, objectively, and knowledgeably, decisions must be based on sound science such as annual waterfowl population surveys and the work of professional wildlife biologists.” Given that black bear populations are on the rise and appearing in areas that they haven't been seen in almost 50 years, the idea of any proposed legislation to eliminate one of the only tools for managing the population should be considered nothing other than a complete and utter lack of understanding of game management practices.

Black bears have a long history in California, originally classified as a fur-bearing species in 1917, it was not until 1948 that restrictions on how or when bears could be hunted were implemented. California Department of Fish and Wildlife (CDFW) declares, “In 1957 hunters were required to purchase bear tags and those who were successful returned the report card portion of the tag that provided information on locality and date of kill as well as the sex and age (adult or cub) of the bear that was taken.” The state agency relies heavily upon hunting and hunter reporting to manage the population of bears. Biologists at the CDFW closely monitor the state's black bear population by collecting teeth from hunter-killed bears.

This is not the first time that the state has passed legislation to restrict the ability to hunt black bears under the guise of cruelty and archaic practices. In 2012, Governor Jerry Brown signed a bill that banned the hunting of black bears and bobcats with the use of hounds. The year following the ban, the number of bears killed in the state fell by nearly 50% with just under 1,500 fewer tags issued in the same year.

With a growing population of black bears, California faces an uphill battle with the management of another apex predator. This legislation is nothing else if not reminiscent of the mountain lion hunting ban that was implemented in 1990. CDFW claims that “any statewide estimate of the mountain lion population is just a "guesstimate. The lion population is relatively high in California and their numbers appear to be stable.” The state faces more uncertainty concerning populations of predators if this legislation passes. The fact of the matter is that hunters and hunting is one of the most effective tools for game management. The argument that hunting is archaic and inhumane lacks perspective on the circle of life and man’s place in the stewardship of the land.

If passed, this would be an affront to science-based wildlife management. I urge each and every one of you to contact the lawmakers of California and plead your case in a respectful manner. You can do that on a Change.org petition HERE and also HERE. We cannot allow SB 252 to pass. This is something we must take an unrelenting stance on.