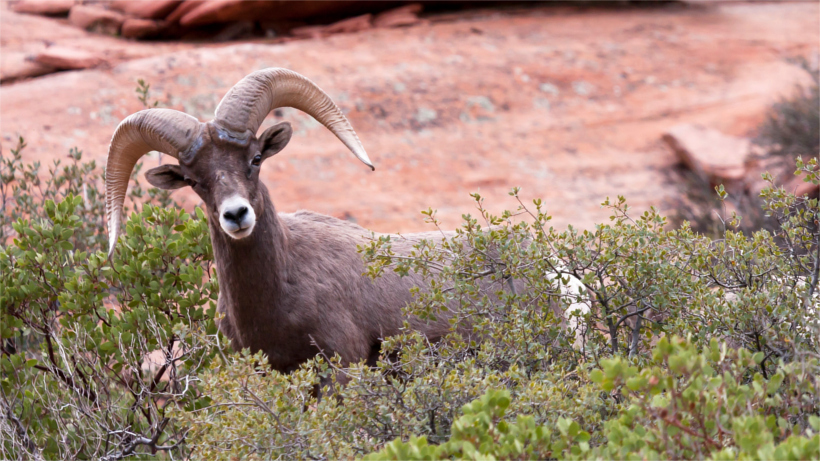 What’s happening to California’s desert bighorn sheep? Scientists with the California Department of Fish and Wildlife (CDFW), Mojave National Preserve and Oregon State University (OSU) launched a multi-year study in 2013 to figure out why bighorn sheep herds in the Mojave Desert near Old Dad Peak were decimated. Now, as the researchers embark on their third year, they plan to use recent grant money to study lamb mortality as a possible missing piece to the puzzle. This is data that has not been previously gathered.

“The desert environment is harsh and expansive. Until now, it’s been almost impossible to find and collect dead lambs in a timely manner, which is necessary in order to determine the cause of mortality,” says Daniella Dekelaita, an OSU doctoral student and researcher. “We know there have been significant lamb losses in some herds and this will give us accurate and timely information on what was the cause.”

According to CDFW, so far, about 150 adult desert bighorn sheep have been captured and collared so that researchers can track their movements. With the $190,000 grant awarded to the group on behalf of the Big Game Grants Program, scientists plan to implant pregnant ewes with special vaginal transmitters that will be pushed out when the lamb is born. Researchers will be able to travel immediately to the birth site and attach a miniature radio transmitter to the lamb. These transmitters collect lamb data and possibly shed light onto why these bighorn sheep are having such a hard time surviving.

The study was initiated by the California Chapter of the Wild Sheep Foundation and Oregon State University. The grant money was made possible through the purchase of big game tags by California hunters. This truly is an example of hunters supporting conservation and wildlife research efforts.