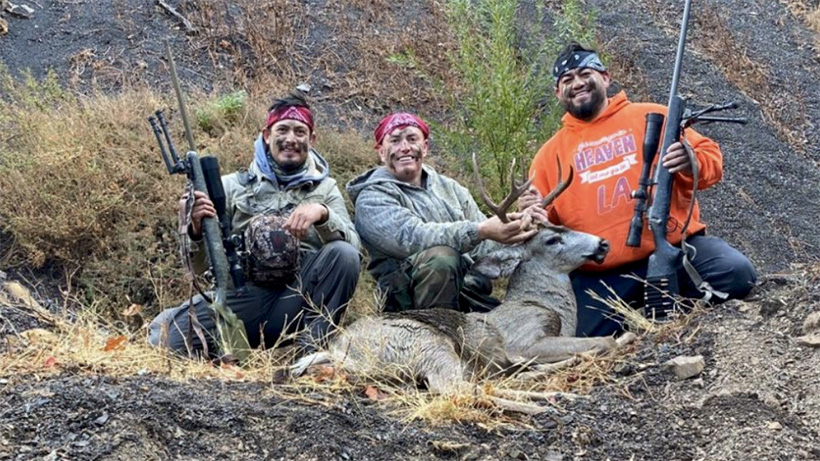 A poaching ring that included seven people and the cooperation of a local grocery market was recently busted by California Department of Fish and Wildlife (CDFW) game wardens. Dubbed the E-Bike Crew because they were known for riding electric bicycles with their firearms, the men are charged with poaching “dozens” of animals over several years, according to KTLA News.

The group traveled through Ventura County and parts of Santa Barbara County, hunting animals and using their e-bikes and trailers to transport them. Game wardens began investigating after receiving several tips and complaints about the E-Bike Crew using the same tags for multiple kills. The year-long investigation uncovered an in-depth operation that allowed those involved to obtain fraudulent California hunting tags, licenses and more.

CDFW found that 100% of the reprinted tags came from Lizette’s Market while additional tags were printed and reprinted at a Walmart in Oxnard. 64 reprinted tags were recovered and over 120 tags were never reported. Juventino Reyes Guerrero has been identified as the CDFW licensing desk at Lizette’s Market in Piru where investigators found 100% of the fraudulent tags had been printed. During the investigation, CDFW discovered that Reyes Guerrero was “printing and reprinting the tags under his stepdaughter’s name” who didn’t have any idea that something illegal was occurring, according to KTLA News.

Officials seized dozens of trophies, antlers and animal skulls, including a mountain lion skull from Martin M. Bravo. (It is illegal to hunt mountain lions in California). Metal slashing weapons associated with cock fighting and an unreported bear that was in the process of being taxidermized were also discovered along with freezers full of deer and bear meat – likely illegally obtained.

Stay tuned to GOHUNT for more details as the case unfolds.