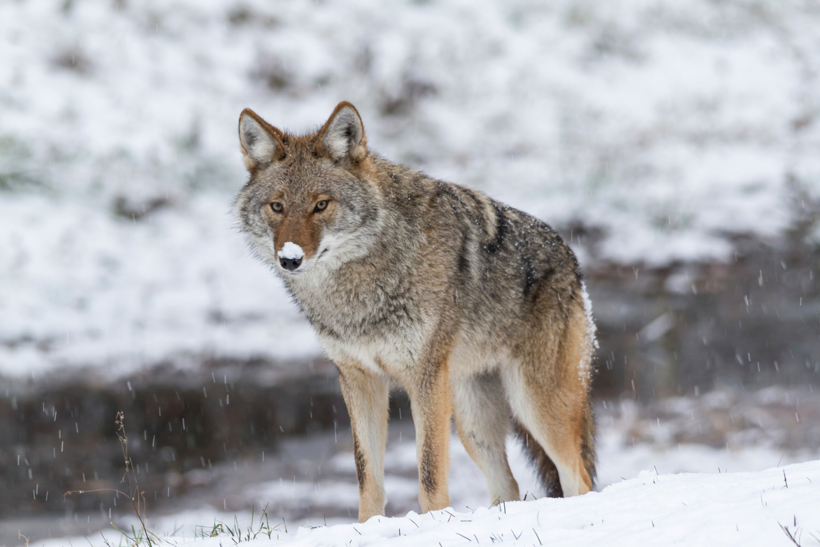 California is the first state to ban prize coyote hunts due to a call from coyote activists to the California Department of Fish and Wildlife, protesting the hunts on the grounds that they do not reflect good sportsmanship. Officials voted in favor of the ban on Wednesday.

While the ban was approved with a 4-1 vote, the California Fish and Game Commission will still allow hunters and ranchers to shoot as many of the predators as they wish. The ban only stops the historical concept of awarding prizes for the hunt.

"Awarding prizes for wildlife killing contests is both unethical and inconsistent with our modern understand of natural systems," says Michael Sutton, president of the commission. Commission vice president Jack Baylis agrees and wants to take the ban a step further, suggesting that a limit be placed on how many predators a hunter is permitted to kill while also allowing for responsible hunters and ranchers to manage their livestock.

According to the U.S. Department of Agriculture’s most recent figures, California cattle ranchers lost more than $4 million in 2010 to predators, with coyotes committing the largest number of attacks. Coyotes also naturally prey on deer, particularly spring fawns and without proper management can decimate entire herds.

California was one of many states that participated in organized coyote hunts. These hunts typically award shooters who bag the most coyotes with up to $500 or prizes such as belt buckles, camouflage hunting gear and rifles. Prize hunts have recently been blocked in other states by environmentalists and animal activists and this new ban will most likely cause a ripple effect through neighboring states, particularly the western states where most of these prize hunts are held.

It seems that the Commission’s decision to ban the prizes while still allowing legal hunting for coyotes is the current compromise between ranchers, hunters and animal activists.