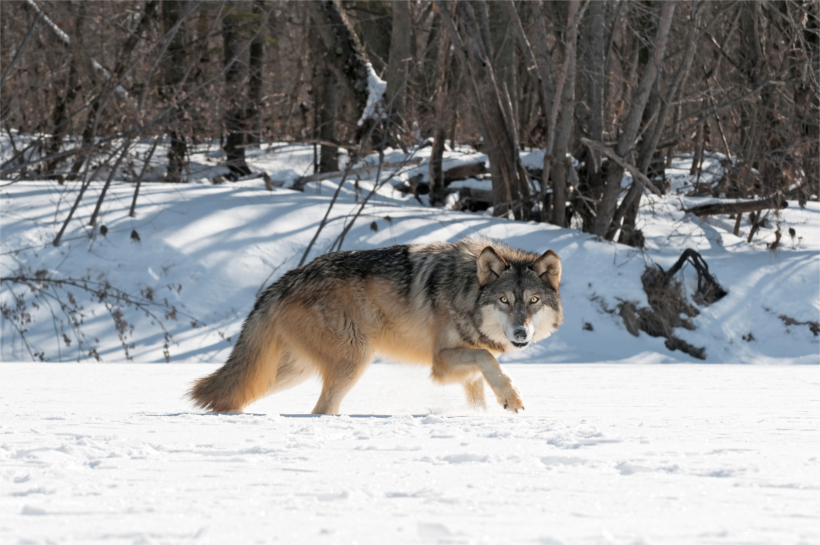 In an effort to manage a growing wolf population within the state, the California Department of Fish and Wildlife (CDFW) has teamed up with a variety of wildlife, farm and environmental organizations to come up with a conservation plan to manage the hearty predators. The 311-page plan was released last week by the CDFW and stresses the use of non-lethal management methods to control the wolves.

According to Jordan Traverso, a CDFW spokeswoman, the plan does have some flexibility built in so that modifications can be made to decrease conflicts as the wolf population grows. “We think we’ve presented a pretty solid plan, but we will look to continue the process with the stakeholder group and the public to help us make something more final,” Traverso told the San Francisco Chronicle.

Historically, wolves have not lived in the state since the 1920s with the last California wolf confirmed in 1924. Yet recent photos of five gray wolf pups accompanied by a pair of adult wolves along with other evidence have researchers believing that gray wolves are indeed occupying Northern California’s Siskiyou County. In fact, biologists believe that these wolves are members of the “Shasta Pack,” a pack of wolves that is linked to the wolf OR-7, who made headlines in December 2011 when he relocated from Oregon into California.

Public comments on the draft plan will be open until Feb. 15, 2016 and can be emailed directly to the committee at wolfplan@wildlife.ca.gov.