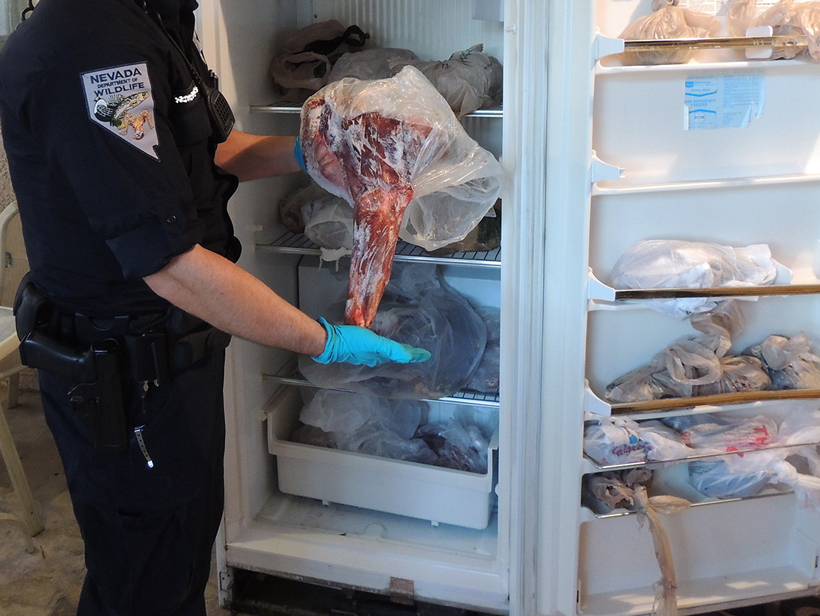 Four men have been arrested on a dozen felony counts after a two-year investigation by Nevada game wardens uncovered evidence of illegal killing of dozens of animals.

The four men involved in the poaching ring have been identified as Adrian Acevedo-Hernandez, 36, Jose Luis Montufar-Canales, 31, and J. Nemias Reyes Marin, 31, and Jose Manuel Ortega-Torres, 20.

Ortega-Torres is from Lincoln County. The other men involved were all living in Las Vegas.

The arrests are the result of the state’s diligent effort and commitment towards bringing poachers to justice.

“This case involved a lot of time, effort and commitment by game wardens,” said Chief Game Warden Tyler Turnipseed.  “We followed one lead into another in what seemed to be a bottomless supply of wildlife crime.  Hopefully the resulting fines, forfeitures and jail time will discourage this kind of systemic criminal activity in the future.”

It all began in June of 2013, when Nevada game wardens received a tip that two deer had been illegally killed on a farm near Hiko, NV. By looking at a photograph publicly displayed through social media, they were able to confirm that two female deer were unlawfully killed out of season in May of 2013. 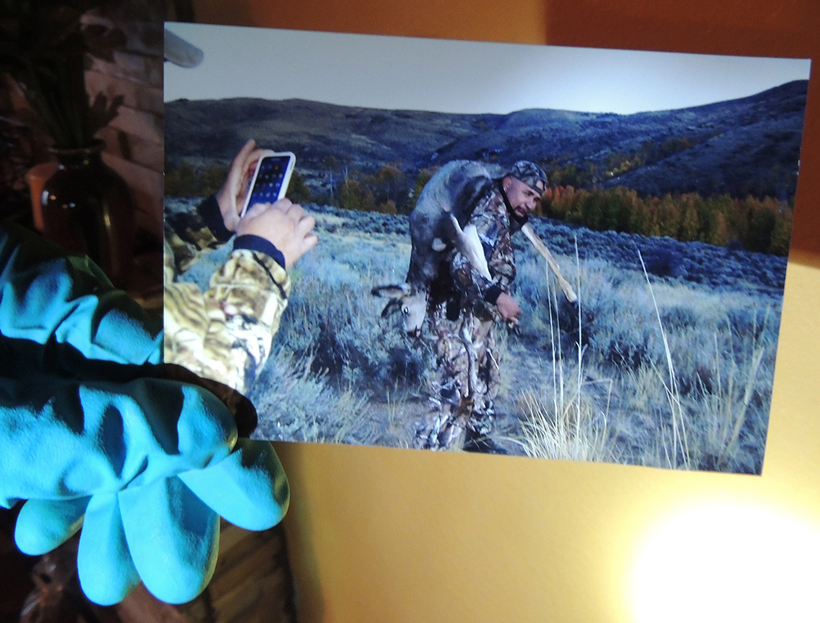 The wardens identified one of the suspects in the image as Ortega-Torres. This allowed them to obtain a search warrant to further investigate the suspect’s residence in Hiko, where they found and seized illegal deer meat, trace evidence, illegally killed migratory birds, butchering tools, weapons and ammunition.

Ortega-Torres was subsequently arrested and later convicted in Lincoln County of gross misdemeanor for unlawful possession of a mule deer.

Acevedo-Hernandez was subsequently arrested on felony and gross misdemeanor charges for the unlawful killing of two mule deer out of season.

With the help of social media, game wardens were also able to identify two more suspects, Montufar-Canales and Marin, as potential wildlife criminals associated with Acevedo-Hernandez.

Officials discovered that Acevedo-Hernandez, Montufar-Canales and Marin had all used false information to illegally apply for resident hunting licenses and tags. It is estimated that the poachers killed three female deer out of closed season in Hiko along with three other female deer for a total of six deer illegally killed. Officials also found evidence that the suspects illegally killed game fish, migratory game birds and protected migratory birds.

The amount of wildlife unlawfully taken by this poaching ring is likely to be so immense that game wardens will never be able to fully tally the actual total.

“The scope of criminal activity by a group like this can have a real adverse effect on our wildlife populations,” stated Cameron Waithman, the lead investigating game warden. “The blatant disregard for wildlife laws by these individuals is quite stunning.”

By the end of the investigation, game wardens were able to filed additional felony and gross misdemeanor charges on Acevedo-Hernandez and Marin for unlawful killing and possession of mule deer in Elko County. Additional charges were also filed against Montufar-Canales for tag fraud. Wardens also began working alongside agents from the U.S. Fish and Wildlife Service and the Department of Homeland Security for potential Migratory Bird Treaty Act violations and federal weapons violations for Acevedo-Hernandez, Montufar-Canales and Marin, who are possibly in the U.S. illegally.  It is a felony, under both state and federal law, for an illegal immigrant to possess any firearm.

The results of the state’s charges in the investigation are as follows: