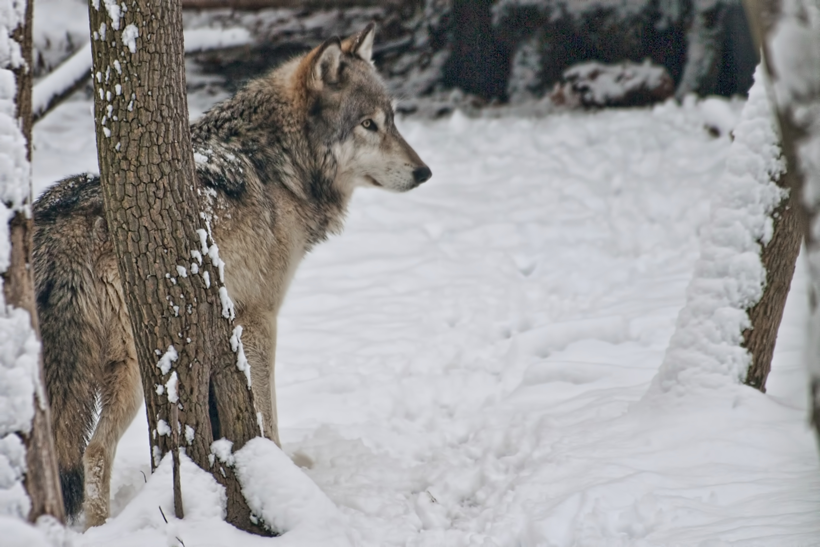 Budweiser’s attempt to tug at America’s heartstrings during last weekend’s Superbowl with its “Lost Puppy” ad backfired, causing a howling uproar among the wolf activist community. The ad depicted the innocent story of a lost puppy confronted by a snarling wolf that is then rescued by Budweiser’s famous Clydesdale team, but the truth seems to be skewed in favor of creating an interesting ad.

Wolf supporters believe that the ad demonizes the endangered gray wolf population and immediately took to social media, calling for an end to typecasting wolves as villains. Some stated that Budweiser should have had the puppy rescued from a kill shelter as that would have been more realistic. 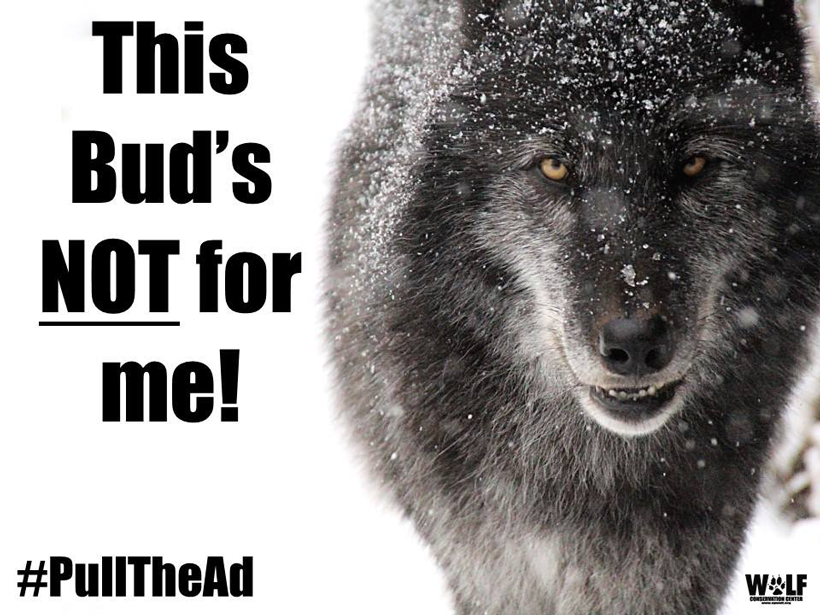 Images like this have been posted on wolf advocates social media pages since the ad was aired on the Super Bowl. Photo Credit: Wolf Conservation Center

In response to the ad, the Center for Biological Diversity has started a petition asking that Budweiser pull the spot off the air. The petition is aimed at Anheuser-Busch CEO Thomas W. Santel and urges people to “Take action – tell Budweiser to pull its wolf-hating ad, demonizing an endangered species is no way to sell beer.” The petition further states: “Here's a reality check: 1.2 million dogs are euthanized in shelters in the United States each year while another 1.2 million dogs are hit and killed by cars on America's roads. By comparison, wolves are a virtually non-existent threat to our furry canine friends, only in very rare instances attacking dogs if they feel threatened or perceive them as competitors. The real threat to both dogs and wolves, as these numbers show and as Budweiser's cynical attempt to boost sales indicates, is people.”

The petition currently has over 23,000 signatures.

Other organizations have chimed in on the absurd depiction of the gray wolf in the ad including the Wolf Conservation Center and the California Wolf Center. Wolf supporters fear that the ad focuses on our culture’s ingrained fear of wolf attacks and supports anti-wolf sentiment that hinders current gray wolf recovery programs across the country.

The video can be viewed below: