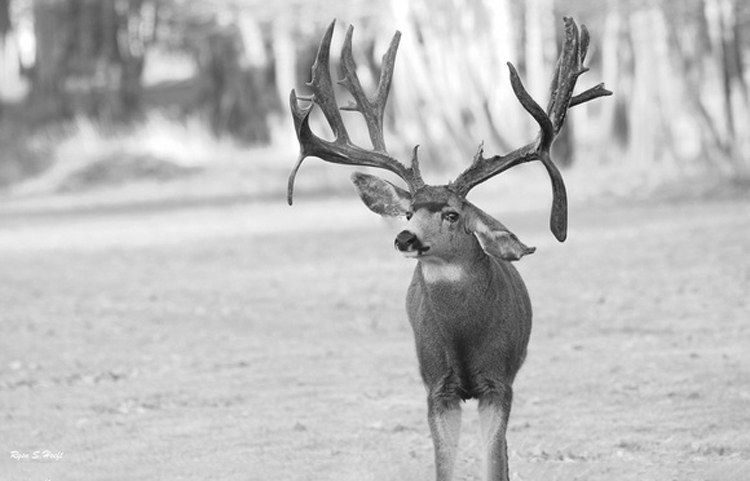 A group of Oregonians are trying to raise funds to memorialize Central Oregon’s unofficial mascot, Buck Norris, the well-known mule deer that was killed last week in a car crash. The group has established a GoFundMe campaign to raise enough money for a bronze memorial sculpture in honor of the deer.

The campaign’s creator Cari Lampshire writes, “He fearlessly roamed the roads and yards around town and made friends across the region. Let's give Buck the memorial he deserves for bringing so many of us so much joy and awe over the years.”


Known across the region by a variety of names like Nosler Buck and Sleepy Bend Buck, the mule deer was most famously dubbed “Buck Norris” as a play on the name of martial artist and actor Chuck Norris, according to OPB.org.

While the buck did not have his full antlers at the time of death, his identity was confirmed by officials by his ear tag. A favorite for local photographers because of his large nontypical antlers, Buck Norris was estimated to be between nine and ten years old.

The GoFundMe campaign hopes to raise $5,000 for a bronze sculpture and currently has raised nearly $310 in five days.