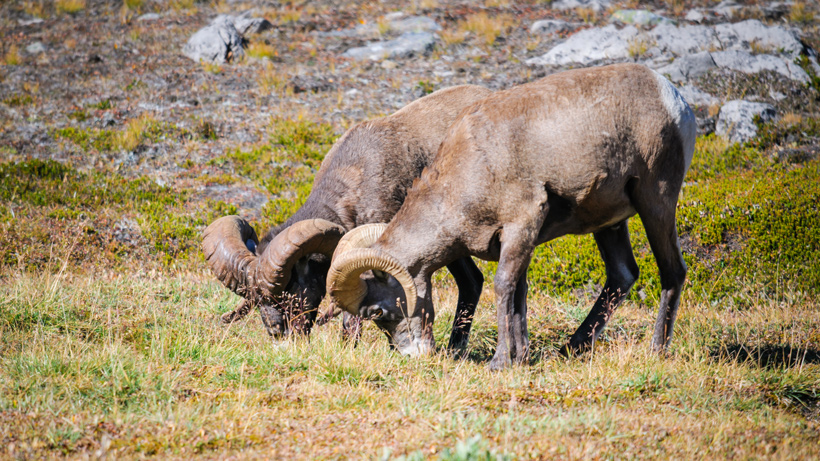 In what may appear to be a contradictory decision, the British Columbia (BC) government has announced more bighorn sheep opportunity in the Cariboo region as well as a wolf/coyote cull in neighboring Churn Creek to help two other bighorn sheep herds facing decline. This marks the first time hunting rams with full curl horns has been allowed in the Taseko Lakes area of the Cariboo since 1993. According to The Canadian Press, the decision has one environmental group astonished; however, the choice to move forward with both wasn’t made overnight.

In BC, bighorn sheep are considered a blue-listed species, meaning that they are a “species ‘of concern’” due to their susceptibility to “human activities or natural events,” The Canadian Press reports. Removing wolves and coyotes from the Churn Creek area will hopefully eliminate stress on two bighorn sheep herds – one only eight members strong (and edging toward extinction) and the other comprised of 29 animals. The province believes that culling predators from the area will result in an increase of bighorn sheep over the next three years within both herds with the goal being 50 total sheep and a minimum of 25 to 30 adult ewes. The Churn Creek area has been closed to hunting since 2012.

Officials say that the other herd within the Cariboo region has enough mature rams to keep the population steady – even if some with full curl horns are killed.

While the province may be able to justify its decision, Sadie Parr, who is executive director of Wolf Awareness, thinks the wolf and coyote cull “is representative of a broken wildlife management system.”

“To me, this is predators being scapegoated. It’s an easy thing to do to make it look like you're helping a species recover when there’s no evidence behind this,” Parr told The Canadian Press. “That is astounding to me for a variety of reasons.”

According to The Canadian Press, this isn’t the first time the province has made a decision that has resulted in opposition. In 2015, a wolf cull aimed at helping endangered caribou herds garnered massive media attention, including multiple environmental groups and celebrities like Miley Cyrus and Pamela Anderson.

The BC government did not respond to The Canadian Press’s inquiries for comment on this decision.