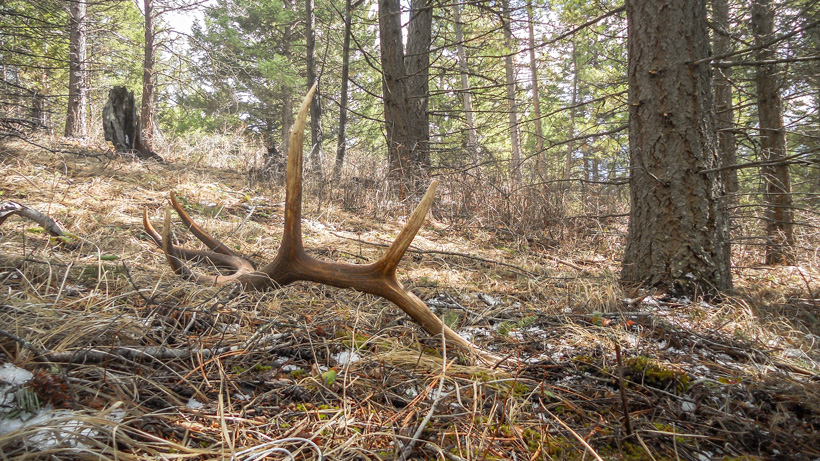 Shed hunting could open six hours later east of the National Elk Refuge in the Bridger-Teton National Forest this season. Forest officials are currently considering a proposal that would open shed hunting at 6 a.m. on May 1, rather than midnight like years prior in an effort to “close a loophole” that puts people on forest lands several hours before the Wyoming Game and Fish Department says its legal to pick up antlers, according to the Jackson Hole News & Guide.

Linda Merigliano, recreation program manager for the Bridger-Teton’s Jackson District, said “lifting winter wildlife closures just east of the refuge at midnight April 30 has caused problems” that include “people tromping around in the middle of the night, running into bears, really bad weather conditions, hypothermia, people trying to cross rivers with horses and being swept away.”

Further, while shed hunting isn’t allowed before a certain time of day, not everyone follows the rules, picking up antlers early and, according to the Jackson Hole News & Guide, some shed hunters have even “witnessed multiple fistfights.”

Further, some are confused because winter wildlife closures, which help protect wildlife during critical months, go into effect at different times than shed hunting closures. The proposal would simplify how closures are handled and make it more understandable to those who recreate in Bridger-Teton.