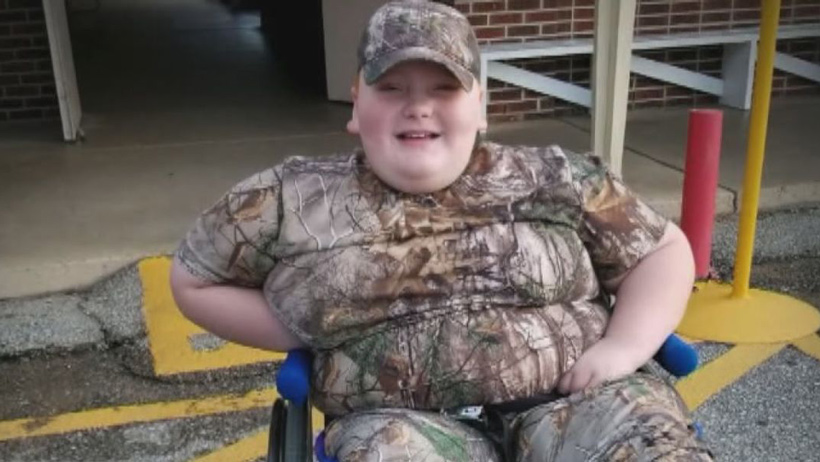 A spinal injury that left 8-year-old Jayce Collum paralyzed didn’t stop him from hunting, thieves did. Last week, while Collum was in the hospital—he’s in and out of the hospital because of his injury—thieves broke into the shed and stole his special hunting gear, including a customized hunting stand that was built by his grandfather and was screwed to the floor, WREG.com reports.

“He’s only 8 years old. He doesn’t understand everything about life, but he understands when they come take your stuff, it’s not right,” said Glenn Shepherd, Jayce’s grandfather.

Despite his injury, which was a result of a car crash, Jayce has enjoyed hunting because of this specialized equipment. The stand that was stolen was “equipped with everything he needs to do what he loves,” according to WREG.com.

“He’s not able to sit up by himself so we have to have special equipment to help him to be able to shoot,” said his mother, Kristen Shepherd.

The gear and stand were stored in Forrest City, Arkansas, and Arkansas Game and Fish is helping local police with the case. They hope someone saw something that will lead to the people responsible.

“They stole the deadshot and all the things I had to help me hunt,” Jayce told WREG.com. While there haven’t been any leads yet, Jayce is hopeful that the thieves will be caught. His request is simple, “I want my stuff back and the people who did it to turn themselves in.”

There is also a GoFundME page in which you can donate to help get Jayce an Action Trackchair. This way he can be independent like a regular kid outside and continue to lead an active lifestyle. The link can be found here: https://www.gofundme.com/getjaycehunting