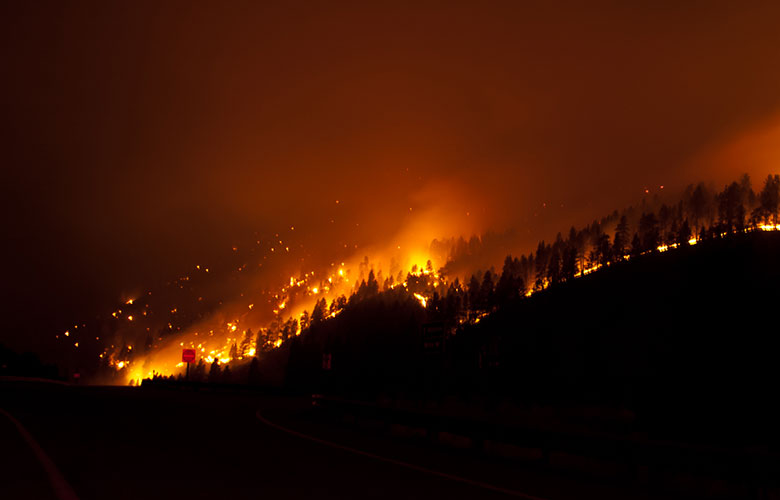 With only a day to go before Montana’s bow season opens, bowhunters may need to come up with a new plan of attack – or at least a different location to hunt. Thanks to extremely dry weather conditions, wildfires are still blanketing the state with several immense fires causing closures in Northern Montana.

While rain has helped lessen fires in the western part of the state, fires are also still spreading across the central part, which may cause local evacuations, according to The Independent Record. This means that anyone interested in bowhunting on Saturday needs to be aware of the current closures and conditions before heading out.

The following areas are currently closed:

Yet the Flathead Forest’s Tally Lake Ranger District, the Glacier View Ranger District and the nonwilderness forest near Hungry Horse Reservoir remain open, according to the DailyInterLake.com.

This year’s wildfire season has definitely left its mark on the backcountry as reports show that over 95,000 acres have been burned on the Spotted Bear Ranger District. The state has issued Stage 2 fire restrictions for Flathead, Lake, Lincoln and Sanders counties along with all state and federal public lands. This means no campfires at all.

The Flathead Indian Reservation was moved to Stage 1 restrictions today (Friday). According to the DailyInterLake.com, Plum Creek and Stoltze land is only accessible by foot as officials try to keep vehicles to public roads to minimize new fires.

Additionally, Montana Fish, Wildlife and Parks spokesman John Fraley would like hunters to be aware of the conditions and bring along a bucket, shovel or ax in case of an accidental fire, adding, “They should observe the area around their vehicle for a few minutes to make sure everything’s OK. Just be aware and have common sense that it’s extremely dry right now.”