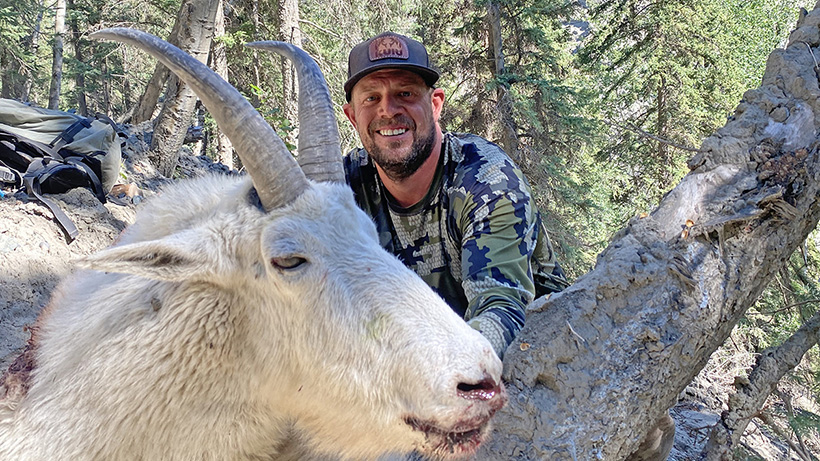 Photo courtesy of Boone and Crockett

Each horn measured over 12”.

And the best part? When the avid do-it-yourself backcountry hunter went mountain goat hunting in 2022, he didn’t expect to harvest the new world record Rocky Mountain goat. He was just out to have a good time.

“I’m not a trophy hunter by any stretch of the imagination,” said Kallusky. “I’m out there for the experience.”

Although he did have an inkling that he might get lucky after spotting the record-breaking goat in 2019 during a hunt with a friend along the Stikine River in northwestern BC. “On that hunt, I told my friend there’s a goat over 12 inches in this spot. It’s a really good habitat.”

He returned to the area in 2022 to see if the goat would still be there.

“It was bedded facing uphill and stuffed up under a rock to hide from the sun,” said Kallusky, adding that the only thing he and his hunting buddy could see “was a big goat butt.”

Four hours later, the goat finally stood, but Kallusky said something seemed really odd about the animal. “I asked my friend, ‘Why does his head look so small?’ I knew it was a good billy, but not until I walked up to it after the shot did I really understand.”

Kallusky was lucky enough to kill his selected goat, bringing it to the provincial inspector as required after harvest. Once there, the biologist told Kallusky to check in with Grant Markoski, a local B&C official measurer.

“When I saw this thing, I could not believe it,” said Markoski. “It was so much bigger than anything I’ve ever seen. When you see it, your jaw will drop.” 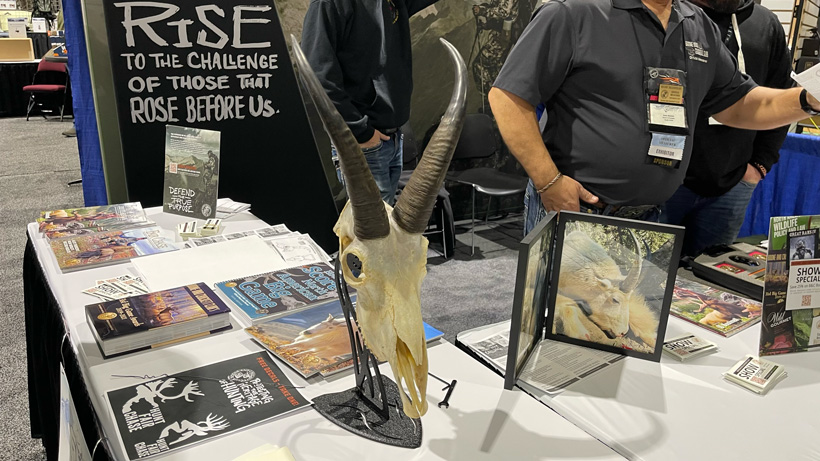 Kallusky had harvested something unique and now holds a new record as a sign of his success.

“This new world record is truly a sight to behold,” said Mike Opitz, chair of the special judges panel. “A Rocky Mountain goat of this caliber is a true testament to continued conservation efforts and one tough hunter.” 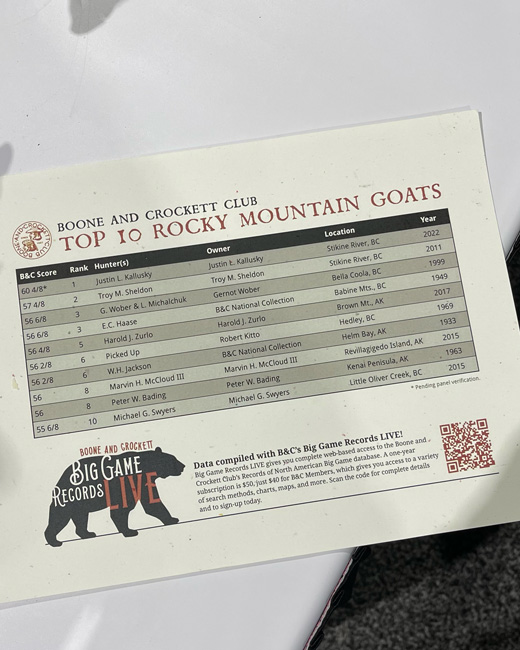 The previous world record Rocky Mountain goat was also taken near the Stikine River in 2011 by Troy M. Sheldon.