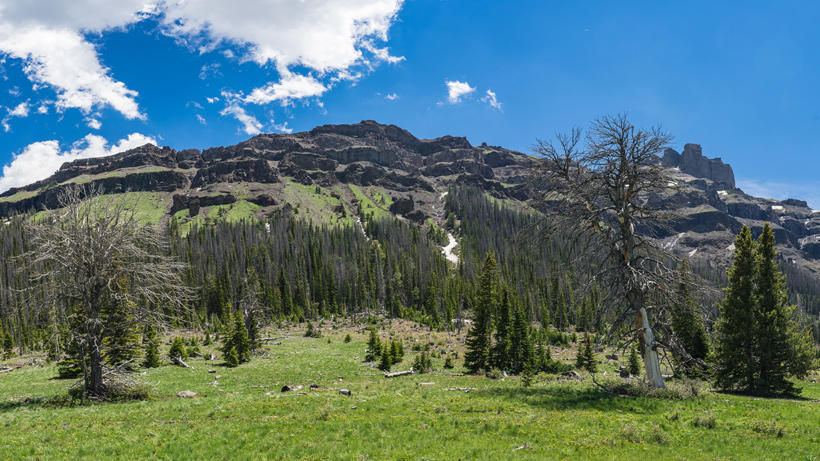 This week, the U.S. Bureau of Land Management (BLM) and the U.S. Forest Service signed the Jim McClure-Jerry Peak Wilderness Plan, which establishes a final management plan for one of the three new central Idaho wilderness areas. This particular wilderness area spans 183 square miles – 149 of them managed by the Forest Service; the other 34 square miles managed by BLM. Officials behind the plan say it’s “a middle ground plan when it comes to restrictions on human visitors and activities,” the Idaho Business Review reports.

“We believe we have a product that meets the intent of the Wilderness Act and legislation while providing considerations to the well-being of individuals who use the area for their livelihoods,” Chuck Mark, Salmon-Challis National Forest Supervisor, said in a statement.

However, the new plan has some groups worried that there aren’t enough restrictions to keep pack animals away from bighorn sheep herds. Contact between wild sheep and domestic sheep and goats has been linked to massive die-offs among wild herds due to bacterial pneumonia – a disease thought to be transferred to wild sheep from their domestic counterparts. The plan calls for “groups [up] to 12 people and the number of pack animals and saddle stock to 20 per group” and requires mandatory compliance with the North American Packgoat Association guidelines, according to the Idaho Business Review.

“We’re reviewing the wilderness plan as a whole and considering our next steps,” said the Idaho Conservation League central Idaho director, Dani Mazzotta.

This is due to the differences between BLM and the Forest Service’s approval process. BLM’s process allows for a 30-day appeal; if anyone wants to challenge the Forest Service, then they have to file a federal lawsuit.

According to the Idaho Business Review, the other two wilderness areas within central Idaho include the 138-square-mile Hemingway-Boulders Wilderness and the 142-square-mile Cecil D. Andrus White Clouds Wilderness – both of which fall primarily under the Forest Service’s jurisdiction. Regardless, these two areas will also be managed under a single plan that will be developed by the Sawtooth National Forest with input from BLM. It is still under review; however, a draft plan is currently available for comment.