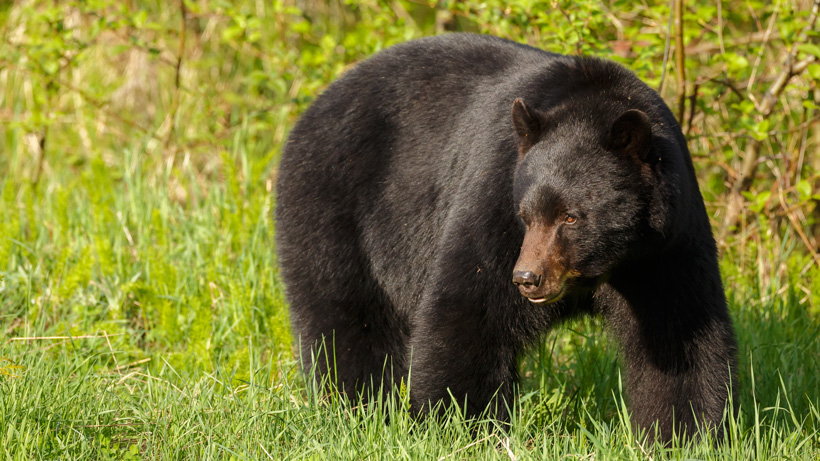 This week, two men met their fate at the paws of two separate black bears in what can only be described as incredibly rare and unusual attacks. On Sunday, 16-year-old Patrick Cooper was chased down and killed by a black bear during the Robert Spurr Memorial Hill Climb race south of Anchorage, Alaska.

The following Monday, a Pogo Mine contract employee 300 miles northeast of Anchorage was also fatally mauled by a black bear and another employee injured. Names of the victims have not been released.

While most bear attacks stem from a mother defending her cubs, Alaskan officials believe that these were rare predatory incidents. “It's very unusual,” Alaska Department of Game and Fish (ADGF) spokesman Ken Marsh told the Associated Press with regard to the maulings. “It's sort of like someone being struck by lightning.”

According to the Associated Press, Cooper phoned his brother as he ran from the bear during the race. Several hours later, the teen’s body was located a mile up the path where the bear was still guarding it. A Chugach State Park ranger shot the 250 lb bear, which then ran and officials have yet not been able to locate it.

This is the first fatal mauling in the Anchorage area since 1995 when two people were killed in the Turnagain Arm area by a black bear protecting a moose carcass; however, in 2013, a fatal mauling did occur near Delta Junction, the Associated Press reports. Regardless, while these two occurrences happened within a day of each other, officials say bear attacks like these are not typical and the proper precautions should be taken when recreating in bear country.

Bear experts told the Alaska News Dispatch that bear attacks can be divided into two categories: defensive and predatory. Proceeding with caution when confronted with a bear is essential to survival. Tom Smith, an associate professor at Brigham Young University who's studied bears since he worked as a biologist at Katmai National Park in 1992, says that firearms should be used for bear protection, especially during a predatory attack. However, retired ADFG bear biologist John Hechtel says that bear spray can provide courage to those who need to stand their ground and, according to the Alaska News Dispatch, offers the following tips:

“Some [bears] are very shy,” adds Hechtel. “Some, guaranteed, if they think they can take you out, they will do that.”