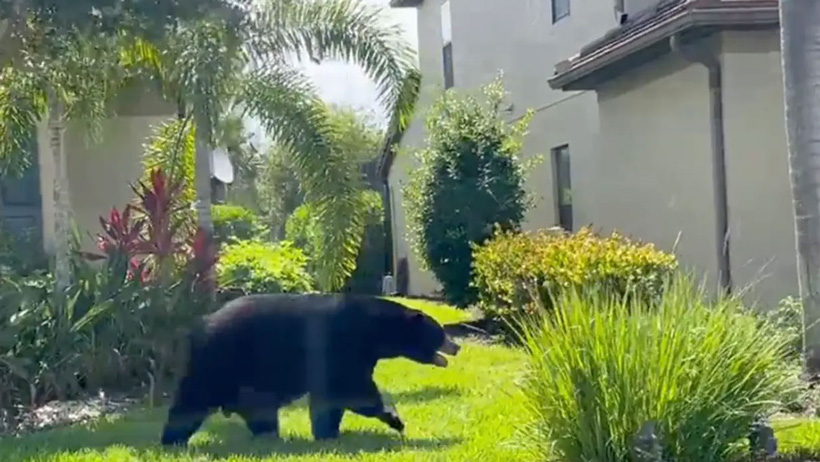 Black bears may be native to Florida, but they don’t usually hang out in Naples, which makes this bear’s appearance last Sunday morning quite a surprise to homeowners in Milano, a residential community in North Naples. While the bear seemed to just be wandering through, a couple residents filmed the random intruder as it meandered around, WINK News reports.

“We were just pulling in from church from First Naples, and all of a sudden, I just look and this huge bear is coming out from between two houses. It was humongous. I immediately knew it was a bear, and it was not stopping,” said resident Vanessa Walker.

Walker started filming the bear unaware that another resident was doing the same thing.

“Look, there’s no soliciting around here,” Jim Ritchie is heard saying to the bear in his short video as it wandered between SUVs and down driveways within the gated community. “So you’re probably going to have to head back home. Is there somebody you wanted to see here?”

Florida wildlife officials told the New York Post that black bear sightings in residential communities have increased due to expanding development. Residents are advised to not leave trash or food out to keep bears away from their homes.