Biologists in Washington worrying about wildlife this winter 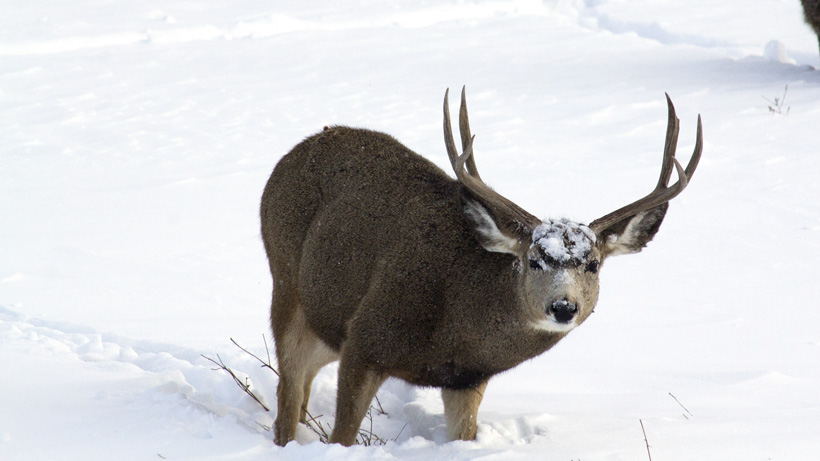 Washington deer herds are still recovering from outbreaks of epizootic hemorrhagic disease (EHD) and bluetongue. Coupled with the cold weather and snow, Washington Department of Fish and Wildlife (WDFW) biologists are worried that the longer winters could impact herds even more, according to The Spokesman-Review.

“It is not only how much snow falls in any given storm, but when that snow comes, how much sticks around and for how long, as well as, how cold it gets,” said Michael Atamian, WDFW’s district biologist. “Our wildlife has evolved to deal with our typical winters and have pretty decent fat stores at this time of the season.”

Atamian is even more concerned “if the winter lingers into the spring, as it did in 2019.”

As goHUNT previously reported, the resident deer herds experienced severe outbreaks of EHD and bluetongue last summer and WDFW is still unsure of the long-term effects. However, back in 2015, a similar pattern occurred that left hundreds of deer dead, resulting in an end to antlerless deer hunting in Eastern Washington, according to The Spokesman-Review.

Last summer’s outbreak killed 25% of whitetail deer that were collared for a predator-prey study in District 1 (Ferry, Stevens and Pend Oreille counties). Numbers for District 2 (Lincoln, Whitman and Spokane counties) are not available.

“Typically, the outbreaks are a bit worse in District 2, since we are lower elevation, hotter, drier, and our first frost is normally later,” said Atamian.

“We also lost two of our collared elk calves to EHD in the fall, but I have not calculated what percentage that would be of elk calves because the number of susceptible animals was changing rapidly during that time frame,” said district biologist Paul Wik.

“Our numbers are not very precise at this time in terms of impacts to widespread populations, as the EHD and Bluetongue event was somewhat variable throughout the District based on habitat, elevation, and water conditions.”

For now, there’s not much WDFW biologist can do aside from monitor the situation.

“At this time, the best thing folks can do is limit their disturbance of wildlife, do not make them expend more energy than they need to,” said Atamian.