Biologist attacked by grizzly bear says he was at fault 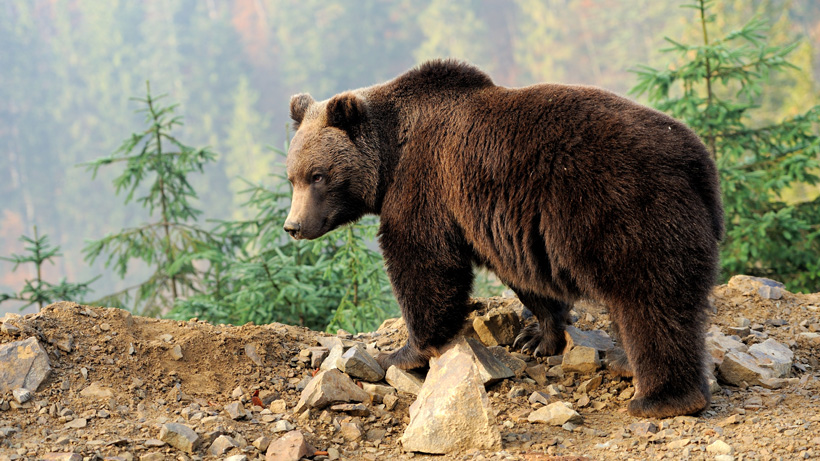 A few decades ago, Barrie Gilbert was attacked by a grizzly bear. Now, despite scars that rake across his face—and a missing eyeball—the retired Utah State University (USU) professor believes that he was at fault for the attack and that everyone should learn to understand this apex species better.

“I had a very strong feeling that bears needed better press,” Gilbert told KSL TV. “Especially grizzlies. I think that the tales and folklore about grizzlies are all about the danger that they are.”

Gilbert recently wrote a book “calling for better understanding of his attacker,” KSL TV reports. He’s referring to grizzly bears and, in the book, brings his lifetime of field studies in Alaska and Canada to light, contending that “bears and humans would get along a lot better if people would try harder to understand bear behavior.” Also, if people acknowledged that they’re dangerous. During a talk at USU, Gilbert said that bears have their own culture that “they’re much more intelligent. I’ve told people that they’re half-times brighter than your golden retriever dog.”

During his own attack in 1977 in Yellowstone National Park, Gilbert said one of his fatal mistakes was trying to run. He was quickly caught and tried to defend himself.

“So, I turned around to fight it, and that was a mistake too because then it lodged its big, smelly mouth right on my face,” said Gilbert. “One tooth here, one tooth here, and (one) went in my eye socket and tore the side off my face.”

Fortunately, Gilbert wasn’t alone and a USU student was able to radio for help. According to KSL TV, it was a dramatic rescue by a DC-3 fixed twin-engine plane, which “flew in and dropped medically trained smokejumpers by parachute.” 990 stitches later, Gilbert was back in the field, studying bears.

However, since that fateful day, Gilbert has exercised extreme caution when in bear country and advises everyone else to do so, too, and follow three important safety rules: “stay alert, carry bear spray and don’t go alone.”