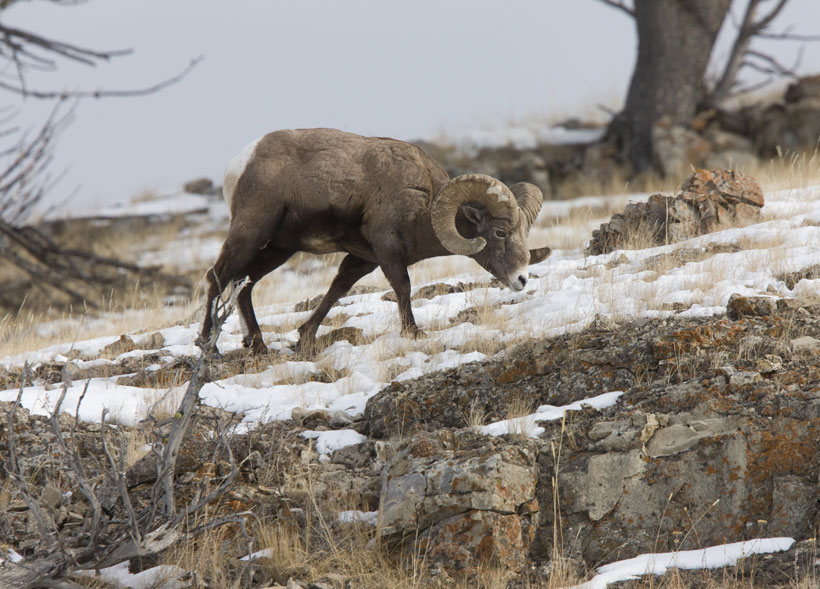 Opportunities for hunters to draw Wyoming nonresident hunting tags for bighorn sheep, moose and mountain goat could be cut due to a bill pending in the Wyoming Legislature. According to Senator Larry Hicks (R-Baggs), the bill would bring Wyoming in line with the limits already imposed on hunters by other states and cut the percentage of hunting licenses that are set aside for nonresident hunters.

Licenses for the big three species are extremely difficult to draw around the West and can sell for thousands of dollars. States occasionally auction off the tags to fund conservation programs.

Hicks wants to change how the licenses are distributed, saying, "Right now, Wyoming issues, as a percentage of the permits, more of those permits to nonresidents than any other state in the nation. Period."

The Wyoming Outfitters and Guides Association is planning to fight the bill, stating that a change in hunting tags would not only threaten the state’s tourism industry, but also punish nonresident hunters who have spent years purchasing preference points to increase their odds of drawing a Wyoming tag. Because Wyoming law requires nonresident hunters to hire outfitters to hunt wilderness areas, the change in tags will also affect the guide industry.

Other organizations, like the Wyoming Sportsmen for Fish and Wildlife, support the bill. "The resident hunters here, I think they're tired of giving such a high percentage of quality opportunity to nonresidents," says Bob Wharff, executive director of WSFW. "And if some of the nonresidents may not like that, I guess all I can say is if they want to advocate for their states to give up 25 percent of their sheep licenses then maybe Wyoming would reconsider its position."

Hicks wants to bring Wyoming’s nonresident tags to equal status with the other states for the three species, especially since these tags are typically once-in-a-lifetime opportunities. He does not feel that the bill, as it is proposed, is an anti-outfitter bill or anti-local business bill.

“It’s to establish parity for the people of Wyoming for some of the most of the coveted hunting opportunities that this state can afford,” says Hicks. “I can’t with any good conscience say that we should tell the people that somehow they should be denied this once-in-a-lifetime opportunity at the sake of somebody that doesn’t live in the state.”