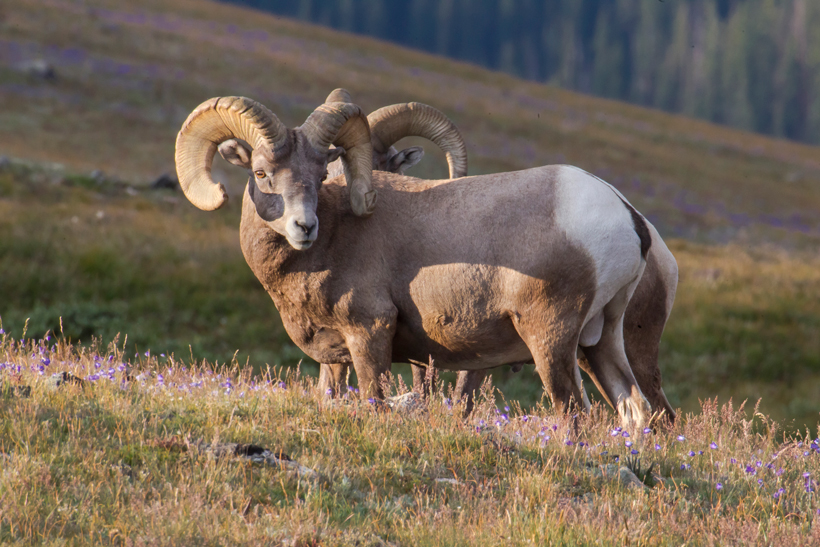 The Oregon Department of Fish and Wildlife (ODFW) has captured and relocated California bighorn sheep throughout the state in an effort to improve genetic diversity and restore the animal to its native range.

Twenty more bighorns were captured in Grant County and trucked to Keno, where they were released on Bureau of Land Management land in the Klamath River Canyon, just six miles downriver of the John C. Boyle Dam. Bighorn sheep have not been seen in this area since the 1940s.

Most of the sheep sent to the Klamath River Canyon were from the Branson Creek area of Grant County. During the operation, wildlife managers removed all sheep from Branson Creek because there is a risk of disease transmission between wild and domestic sheep that also graze in the area.

To translocate the sheep, officials used a helicopter to first locate the animals and then to shoot a net over them from a specially-designed gun. Once captured, the sheep were immediately blindfolded and restrained to calm them, then lifted into the air by helicopter and taken to a location where ODFW biologists and veterinarians processed the animals. Each bighorn was tested for disease and many were fitted with a transmitter so experts could track their movements.

The relocation efforts are partially intended to increase the genetic diversity of the bighorn herds.

“Research conducted in Oregon shows we need to mix up the genetics of the herds,” explained Don Whitaker, ODFW ungulate coordinator. "Higher genetic diversity leads to better population performance, and we hope to see population increases, too.”

This week’s operations were also part of the continuing effort to restore the species to its native range.

Historically, California bighorns were the largest native wild sheep in the state of Oregon and were prevalent throughout the mountainous terrain of southeast Oregon.

“These magnificent animals are an iconic species in southeast Oregon’s mountain country,” said Tom Collom, district wildlife biologist in Klamath Falls. “This week’s operation will help maintain healthy herds of bighorn sheep and continue the state’s restoration efforts, which have been in the works since the 1950s.”

Bighorn sheep died off in Oregon in the 1940s due to unregulated hunting and their susceptibility to domestic livestock diseases.

The first successful bighorn relocation program dates back to 1954, when 20 California bighorns were relocated from British Columbia to the Hart Mountain National Antelope Refuge in Lake County.

Since then, the population of bighorns has grown to nearly 3,600. The vast majority of Oregon’s wild sheep are California bighorns, while about 800 are Rocky Mountain bighorns.