Bighorn sheep return to the Lake Range in Nevada 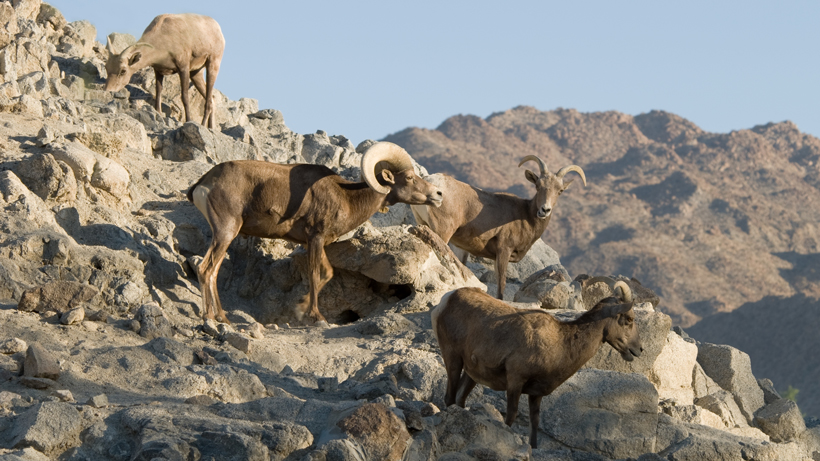 The Nevada Department of Wildlife (NDOW) and the Pyramid Lake Paiute Tribe recently collaborated to bring bighorn sheep back to the Lake Range on the east side of Pyramid Lake in Nevada. On Monday, 21 bighorn sheep were relocated from the Sheep Creek Range, northeast of Battle Mountain via helicopter, KTVN Channel 2 reports.

This effort restores bighorn sheep to this range for the first time since the early 1900s.

“We’ve recovered a species lost in time,” said Emily Hagler, a biologist for the Pyramid Lake Paiute Tribe. “It’s been a main focus of the tribe for many years, recovering our fisheries and now to be able to recover a large game species is incredibly tremendous.”

Once captured, biologists, veterinarians and volunteers examined the animals before using trailers to transport them to western Nevada.

“We have tables where we process the animals, a weigh station, we set up things safety-wise for the helicopter,” said NDOW bighorn sheep staff biologist Mike Cox.

“They weighed them, they took blood samples, they checked them to make sure if they were pregnant,” said Hagler.

All adult ewes were confirmed as pregnant, which means about a dozen lambs will be born this spring, according to KTVN Channel 2. In total, NDOW captured four rams and 17 ewes, outfitting each with a GPS collar to keep tabs on them over the next few years.

“Every two hours, we'll know where they’re at and how they're doing and we’ll monitor them closely over the next few years and make sure that they're happy and healthy,” said Hagler.

The hope is that this group of relocated bighorn sheep will reestablish a wild herd in the Lake Range, which, according to Cox, “is perfect for the sheep” since the area “offers natural waters, good grass and untapped resources near the top of the mountains.

“I bet you in five years with the productivity, the lamb recruitment, we’ll probably see the population exceed 100 animals,” said Cox.

Volunteers, residents and members of the Pyramid Lake Paiute Tribe were happy to support and help with the relocation effort.

“The bighorn sheep is a prominent figure inside of all the petroglyphs,” said Alan Mandell, Vice Chairman of the Pyramid Lake Paiute Tribe. “So it’s something that’s been around, a species that’s been around and used traditionally and culturally for our people.”

“It’s very significant for every Pyramid Lake tribal member to have experienced this today. It’s something that every Nevadan should be proud of,” said Hagler.