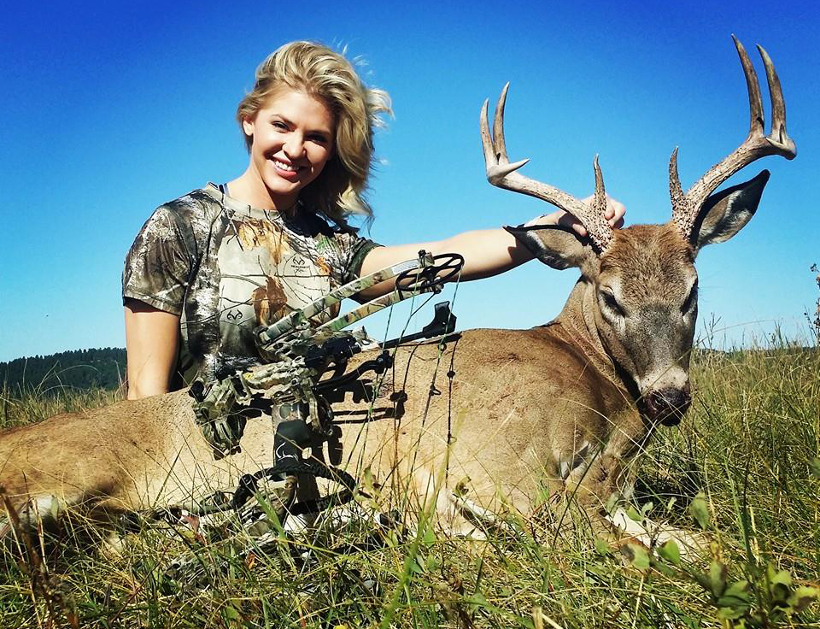 Theresa Vail, former Miss Kansas and host of The Outdoor Channel’s “Limitless with Theresa Vail,” has pleaded guilty to harvesting an Alaskan bear without a permit. She will have to pay a $750 fine and part of the $1,300 in restitution. She is on probation for one year.

Vail was able to have the charge of falsifying information on the bear tag dismissed in exchange for agreeing to testify against the guides, whom her attorney says coerced her into going along with their idea, according to KWCH.com.  As goHUNT previously reported, Vail killed two grizzly bears while on a hunt in Alaska with guides Joseph Andrew Miller and Michael Wade Renfro of Renfro’s Alaska Adventures, but she only had a tag for one bear. When the second bear was shot, the guide decided to drop an extra tag by plane into the area where they were hunting and urged Vail to falsify the information on the tag.

According to Vail’s attorney, she mistakenly went along with the guides’ suggestion, but ultimately reported the accidental kill after the hunt. As the case progresses, Vail will be expected to testify against both Miller and Renfro.

This isn’t the first time a celebrity hunt has gone wrong. In fact, goHUNT has reported on two other cases involving outdoor reality hunters (Matthew Alwine and Clark Dixon) that occurred last fall and, unfortunately, Vail’s case will most likely not be the last one.