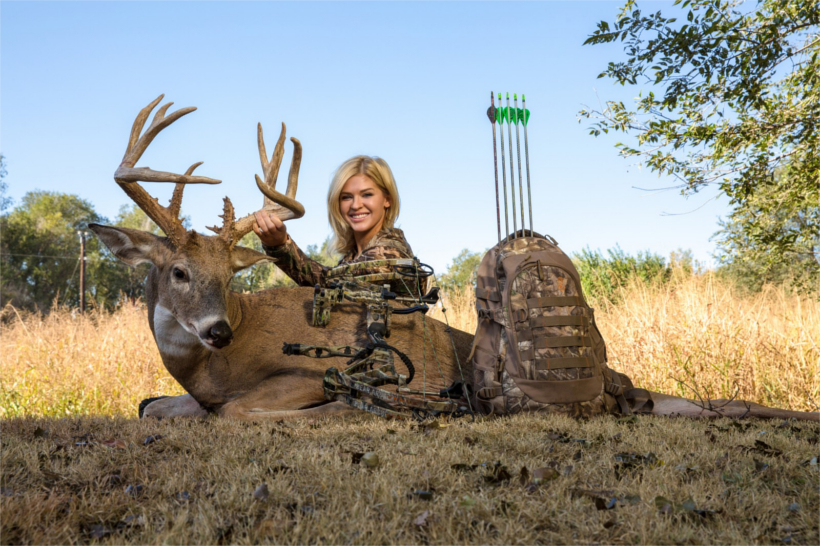 Theresa Vail has some explaining to do. The former Miss Kansas and current host of The Outdoor Channel’s “Limitless with Theresa Vail” has been charged with illegally killing a grizzly bear and trying to cover it up during the filming of her TV show in Alaska. Vail, who had permission to shoot only one bear legally, ended up shooting two.

Vail, who is left-handed, apparently used a right-handed bolt action rifle to shoot both a male grizzly and a sow at the direction of guide Joseph Andrew Miller. Both bears were killed and Miller contacted guide Michael Wade Renfro, owner of the outfitter Vail was using for the hunt: Renfro’s Alaska Adventures, to figure out what to do. Miller and Renfro decided to obtain a second bear tag for Vail to use on the sow and Renfro flew the additional tag to the group, dropping it out of a Piper PA-18 airplane, according to the NY Daily News. Vail then signed and backdated the tag to make it appear that the second bear shot was legal even though she originally only had a single bear tag. The film crew reported the incident to Alaska Wildlife Troopers (AWT) on June 3.

Along with Vail, Renfro and Miller are also charged with conspiring to cover up Vail’s hunting violation as well as submitting incorrect information to game authorities.

“When a guide or assistant guide is involved, it’s very important they operate well within the boundaries of the law,” Commander Rex Leath of the AWT told ABC News. “If they operate outside of the law, it really undermines the whole purpose of having a professional guide organization in the state of Alaska.”

The Outdoor Channel never aired the episode once Vail and her production team reported the incident. Vail has since acknowledged the error publicly in a statement to ABC News, saying that she "followed poor advice and allowed the second bear to be improperly tagged," adding that she "reported the incident" and has "fully cooperated … with authorities.”

Yet apologizing isn’t going to erase the incident and paints a bad image of hunters for public scrutiny. Additionally, the reverberations of this major hunting violation affect not only Vail, but the guides who were in charge of the hunt. Vail and her guides will be arraigned next week. Each face two misdemeanor charges and each charge could carry up to a year in jail as well as a $1,000 fine, according to ABC News.