Bear that attacked Colorado teen has been killed 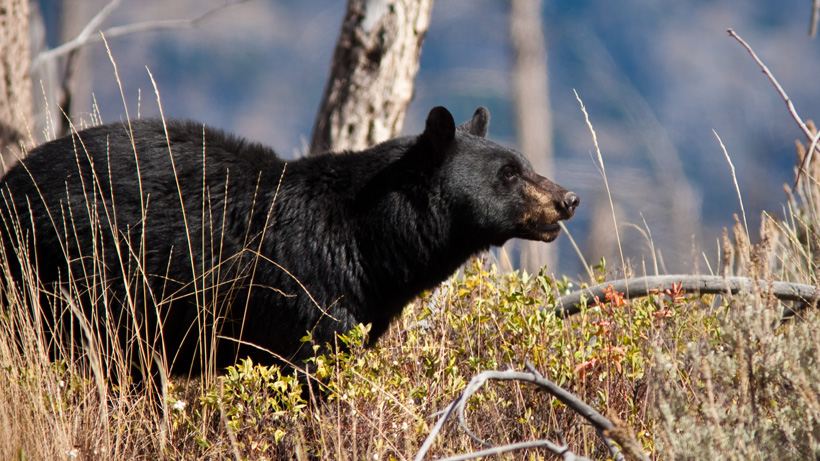 The black bear that attacked a 19-year-old Colorado teen is dead. The bear attacked the camp staffer, identified only as Dylan, last week while the teen slept outside at a summer camp in Glacier View Ranch near Ward, Colorado. Colorado Parks and Wildlife (CPW) officers trapped the 280 lb. male black bear near the camp around 4:30 a.m. the following day, the Associated Press reports.

The unprovoked attack occurred at about the same time the day before.

During the attack, the teen woke up to “what he described as a crunching sound, which was a bear biting his head,” CPW spokeswoman Jennifer Churchill told the Daily Camera. “At first, he thought he was dreaming.” The bear attempted to drag him away – roughly 10’ to 12’ – yet the teen fought back, waking other staffers who were able to yell and swipe at the bear, which promptly fled. Fortunately, Dylan’s injuries were minor despite the nature of the assault. He was checked out by an on-site medical team before being taken to Boulder Community Hospital, where he was “treated for large gashes on his head,” the Daily Camera reports. The teen returned to camp the same afternoon. 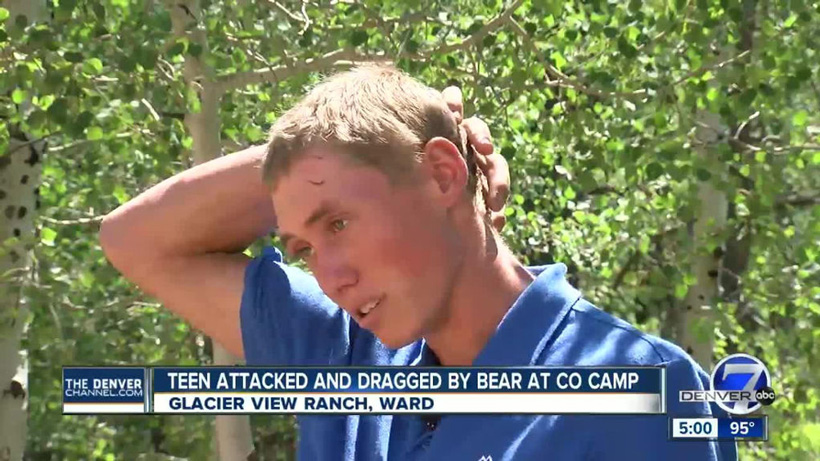 Because the attack was unusual, euthanizing the bear responsible was important so that wildlife officials could prevent another similar attack from occurring. Once captured, CPW showed the bear to the teen, who confirmed that it was the one that attacked him. Now that the bear is dead, CPW plans to perform a necropsy to determine if the animal was sick or injured, which may explain its bizarre behavior.

While this may have been the first bear removed by wildlife officials in the Boulder area, Churchill says it’s important to use caution in bear country, adding, “If you see a bear hanging around, be obnoxious, blow an air horn, bang on pots and pans. When you let these bears get too comfortable, that’s when they’re going to start getting in trouble — and that could lead to their unfortunate death.”