BC moose face death by ticks 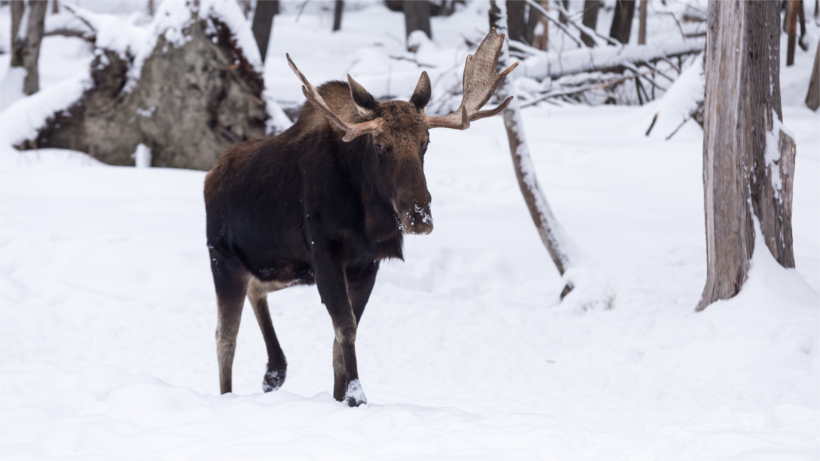 Ticks are infesting hundreds of British Columbia (BC) moose and the province is not taking it lightly. As part of a multi-year study, government officials have teamed up with wildlife professionals, forestry and environmental consultants, First Nations, and BC residents to keep tabs on the current winter tick infestations impacting 50% of the BC moose.

According to The Vancouver Sun, based upon this study, which is entering its third year, researchers have documented signs of hair loss on more than 60% of the current moose population, which is one of the symptoms of a fatal tick infestation. This percentage incorporates more than 500 moose that were observed from Jan. 1 through Apr. 30, 2016.

Tick infestation is unfortunately common among moose that range from New England to northern Canada. In fact, moose biologist Lee Kantar dubbed these sick animals “ghost moose” because once infested with ticks, many rub off their hair, exposing “pale undercoat and bare skin.”  Many link the cause of more ticks to warmer – and shorter – winters that keep the insects active. Ticks tend to be less active in freezing weather.

Ticks primarily feed on the blood of mammals and birds and are known carriers of multiple diseases that impact both humans and other animals. For winter ticks, moose are their preferred meal, according to The Vancouver Sun. While observational evidence of increased moose mortality show that ticks play a major role, biologists say that they need time to collect more data “before they can get an accurate picture of winter tick prevalence.”

Experts suggest that climate change is playing a role in the tick infestations because of the warmer weather. What do you think?